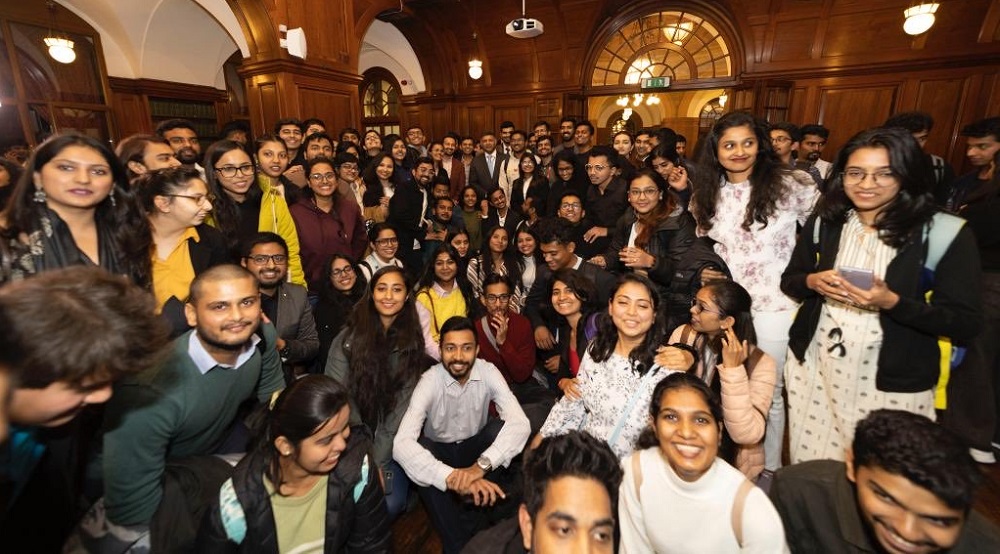 Downing Street has indicated that “all options” to bring overall migrant numbers down are on the table. The National Indian Students and Alumni Union (NISAU) UK, which campaigns for streamlined provisions for Indian students studying in the UK, said any move to arbitrarily rank universities would prove counterproductive in the long run.

“Students who are in the UK temporarily, should not be counted as migrants,” said NISAU UK Chair Sanam Arora.

“International students, of which Indians are the biggest cohort, bring a net revenue of GBP 30 billion into the British economy and go back as friends of the UK, furthering ties of trade, culture, and diplomacy. The UK’s higher education sector is one of our largest exports to the world, and we are hopeful that the government will ensure that there is no arbitrary definition of what counts as a ‘top’ university,” she said.

The group called for a “creative and innovative policy solution” that addresses the UK’s skills and labour shortages through its international graduates.

The Universities UK International (UUKi), which represents over 140 UK universities, also sounded a note of caution over any policy moves to cut down international student numbers as a potential act of self-harm and pile on additional financial pressures on universities.

“International students make an enormous cultural and financial contribution to the UK. They help make our campuses and cities the vibrant, thought-provoking places they are known for being. They sustain jobs in towns and cities up and down the country,” she said.

“Beyond this, the financial contribution they make has been very significant for UK universities. Limiting international students would be an act of self-harm that would damage many parts of the UK,” she added.

International students were a large contributory factor to this spike, with Indians overtaking Chinese students as the largest cohort of student visas for the first time.

The Conservative Party-led UK government has a manifesto commitment to reduce migration “overall”, something reiterated in recent weeks and months by UK Home Secretary Suella Braverman.

She has previously expressed worries about foreign students bringing in dependent family members who “piggyback” on a student visa and is believed to be looking at proposals to tackle the issue. – PTI