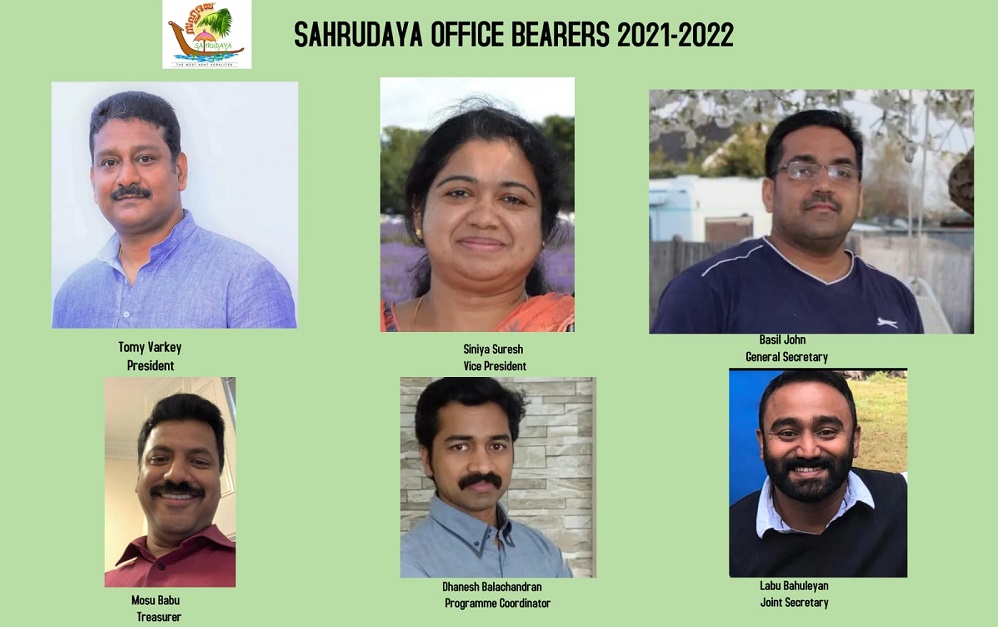 KENT March 3: Sahrudaya The West Kent Keralites, an arts, sports and cultural organisation, based in West Kent, has elected its office bearers for the new year.

The new management committee for this year was elected through a virtual Annual General Meeting held on Saturday 27/2/2021 under the chairmanship of Majo Thomas.

Sahrudaya has been able to do a great job in this time of the Covid pandemic.

The activities of the previous governing body, started with ‘Kattanum, Kappayum and Kavithayum’ on the occasion of the International Mother Language Day just before the epidemic. This was followed with the publication of the e-magazine, celebration of Women & Mother’s Day, Book Donation on World Book Day, the launch of the Covid Response Team, Virtual yoga classes for women, homemade mask making, more than 350 Onasadyas were prepared and delivered to the homes of all the members, and the Onampattu competition, Independence Day celebrations and sports day were held without interruption.

The year also saw the launch of ‘Friendly Royals Cricket Club’ which was affiliated to the England & Wales cricket Board which was followed with the launch of www.sahrudayaroyalscc.co.uk.

Other activities of this community last year were the distribution of Christmas presents to all the members on the occasion of Christmas, the continuous Malayalam classes for children online, the charitable activities and the e-magazine “Sahradaya Jwala”.

The meeting ended with the national anthem congratulating the new members of the Board and thanking the previous members.