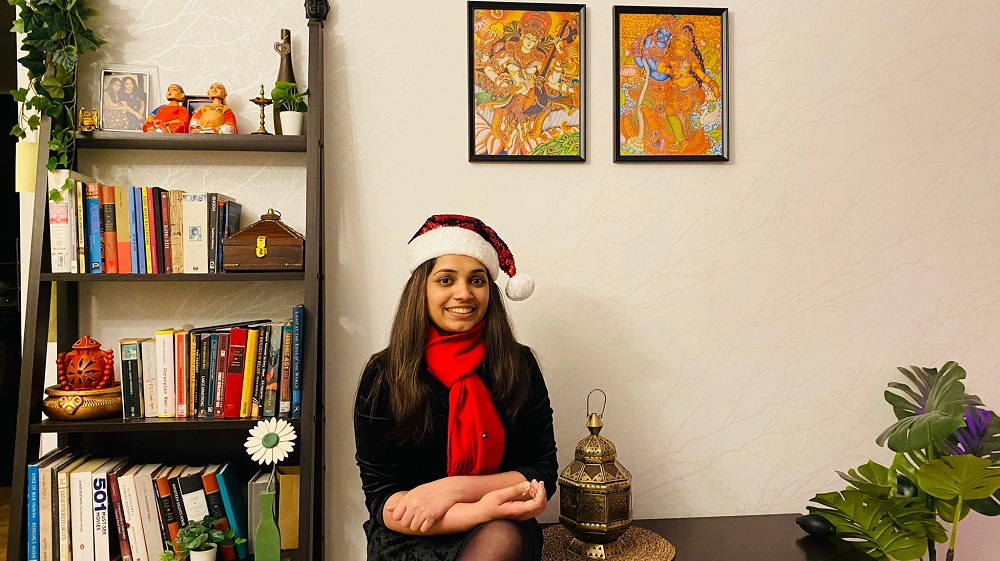 TAMPERE (Finland) Dec 12: When Christmas’s around, it’s a scene straight out of one of those fairy tales in Finland. The landscape sleeps under a foot depth of snow, and the temperatures plunge to a bone chilling -20 degrees. But there is warmth to be found everywhere: in the light decorations of streets and houses, in the aroma of delicious gingerbread and ‘Glogi’ wafting from chimneys, and the traditional Christmas carols playing from the churches. We can be proud that one of those voices is from a Malayalee girl.

Though rated in the top five difficult languages in the world to learn, Finnish language is no alien to Arya Balu S, who lives in the city of Tampere, Finland. She works as an R&D Engineer in Nokia Networks in the city and she is part of the Sampolan Laulajat ry (Sampola singers group), which is the female choir of the city’s Regional Workers’ College. 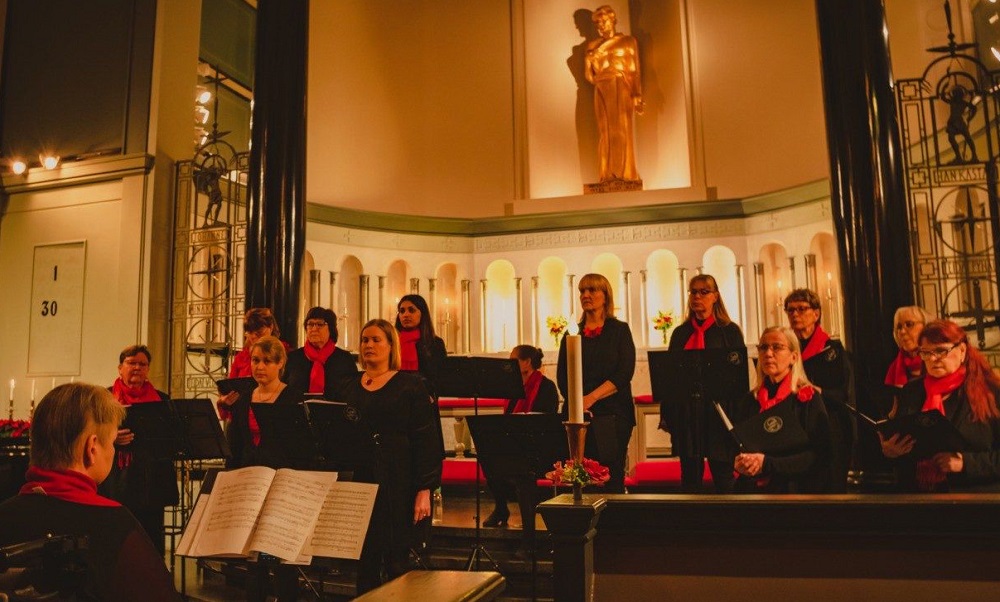 The choir was founded in as early as 1908. Sampola Singers is a female choir of about 25 singers, of which Arya is the only non-Finn at present. They practice music composed and arranged for the female choir once a week. The choir performs in churches and gives concerts. They also perform on other occasions on request.

Hailing from a tradition of singing

Arya’s family has had several singers over generations and she carries forward the legacy. She is learning classical Carnatic music since childhood. She took a long break due to the her father’s sudden demise and the necessity to find a profession. After getting into a job, she started her passion again. For a brief period, she took vocal opening classes from Sunil Koshy who is the founder of Mug2Mike. In Finland she is continuing classes under the classical music maestro Shankaran Namboothiri, through online teaching. 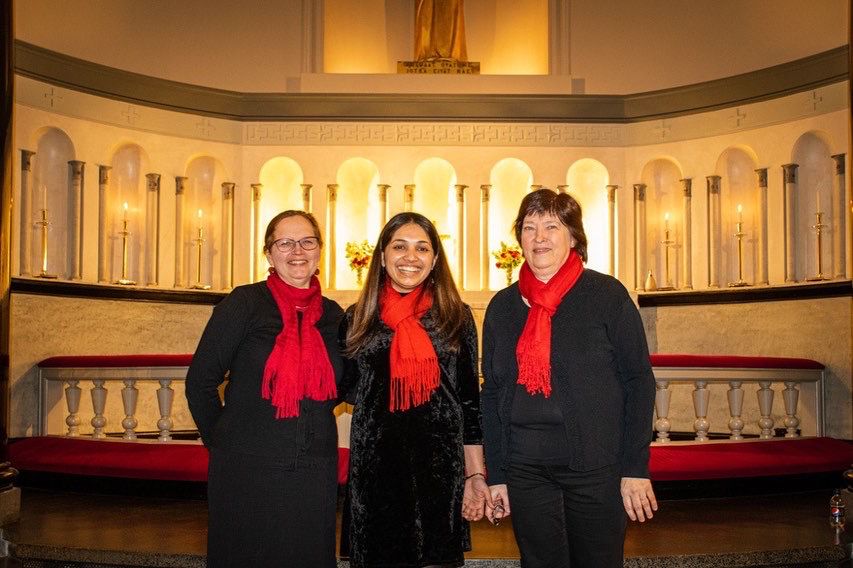 At Sampola, the choir director liked her voice during the singing test and she was always fascinated by choir singing. “It was a perfect match for both of us”, says Arya. “Knowing Malayalam was an edge to pronouncing Finnish”, she says. “The letters ‘R’ and ‘L’ are pronounced the same as in Malayalam” – so we didn’t have to unlearn the ‘rounded and flattened’ R of the English pronunciation.

Finnish does not belong to the European family of languages hence there is little correlation between English and Finnish languages. Immigrants usually take up to three years to be comfortable reading and speaking the language. The wide disparity between written form and the spoken form of Finnish is another difficulty for the learners.

Long words are common, as Finns tend to combine multiple words into single one. So ‘Jauhelihakeitto’(minced meat soup) and ‘Käsipyyherullajärjestelmä’(hand towel rolling system) are not very uncommon! Exposure and practice are the keys to mastering the language. The positive part is that the script is the same as English, and we don’t have to spend time learning them.

Singing amidst the Finns

Arya hasn’t taken any formal training in Finnish language, but the fellow singers helped her a lot. The choir director would provide her with printed lyrics and would send her recordings of the carols. She would use google translate to understand their meanings. Since the words rhymed well, it wasn’t that difficult for her to remember the lyrics. 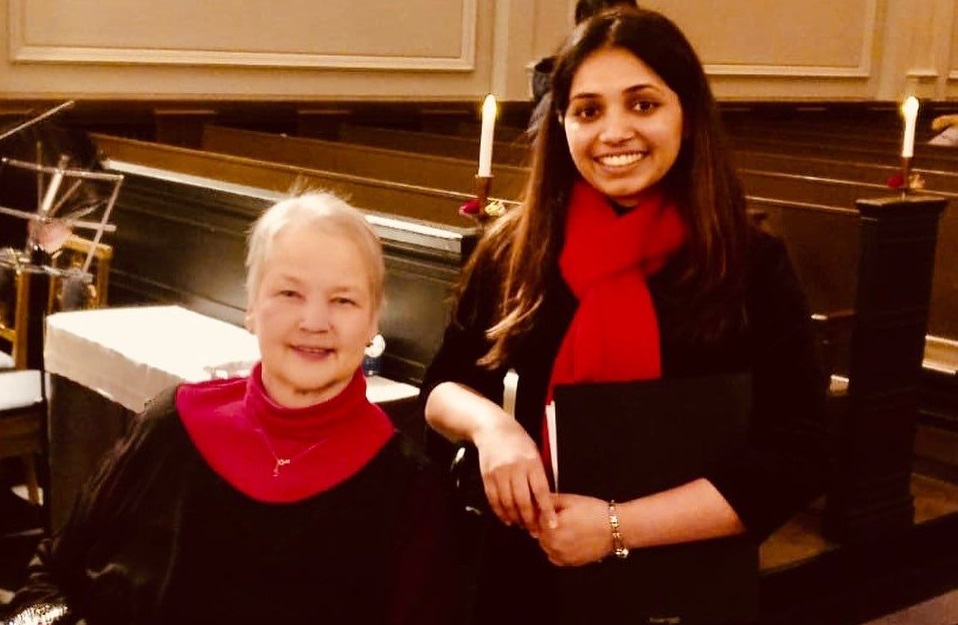 They would often praise her for her skill with the lyrics and appreciate her natural pronunciation. There were difficult times like when the teacher would just announce the song title and everyone would start singing, and she alone would have to pour through all the pages of Finnish looking for the right lyrics. But with patience and practice, she overcame those times. Though the group comes from different age groups and areas of work, they just gather once a week, keeping aside all other work, and spend a good 3 hours singing and relaxing.

At this moment she is elated to have sung in her first ever church choir. One can find ample arenas to follow one’s passion even if one lives in the farthest of countries from home.