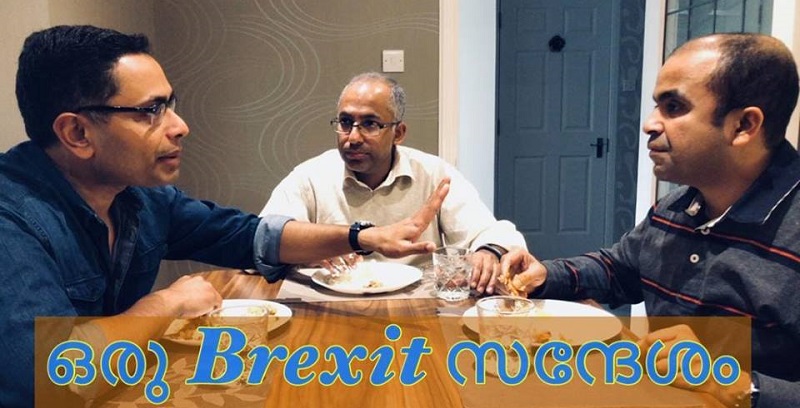 LONDON Jan 25: Not always all short films, produced abroad, in particular in Europe, get talked about or get recommended. However, this one is that will be talked about and be forwarded to others.

The reviews and comments its getting on You Tube will vouch that it should be watched and therefore one will be motivated to forward to friends.

A group of friends under the banner of Mearnsvaadi Arts Club gives life to a “Oru Brexit Sandesham (A Brexit Message), a Malayalam short film with English subtitles. “Oru Brexit Sandesham” is a family drama set in Glasgow, Scotland in June 2016, soon after the Brexit Referendum. It is a tribute to the 1991 Malayalam Film Classic “Sandesham” (Message).

The subtle humour and pun linking in with the theme of the film “Sadesham” gives the viewers a nostalgic feeling of how a political discussion would take place in a home where you have two rival brothers practising and believing in two different political parties.

The duo behind this venture are Manoj Nair and Nithin Roy, who have handled the screenplay, editing, dialogues and direction.