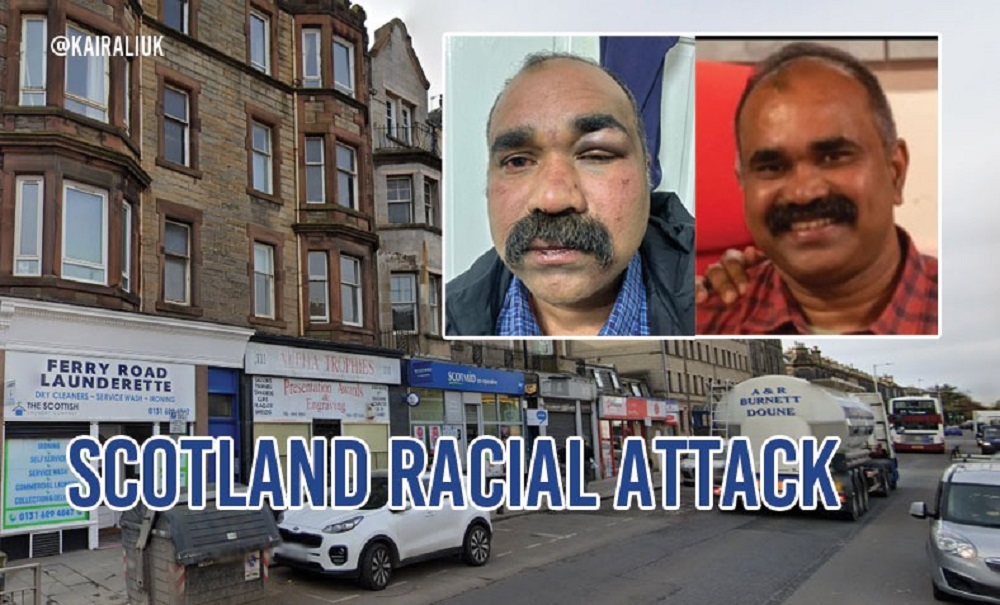 EDINBURGH Nov 30: A Malayalee who is settled in Edinburgh, the capital of Scotland, was the victim of a brutal attack recently.

Binu Chavakaman George who was waiting for the bus after working at night in the Ferry Road area was the victim.

While standing at the bus stop, Binu was initially racially abused by a group of youths, but Binu tried to move away, and then they followed and assaulted him.

Binu was hit several times on the face and fell unconscious and one of the youths took Binu’s bag and ran away.

Seeing this, the locals ran and called the police and an ambulance.

Then his friends from the company where Binu worked came with the help of the police. He was later discharged home after primary treatment.

For Binu it came as a shock with such an experience from the area where he has been working for the past twelve years.

The rise of such attacks in Scotland, where racial violence is generally low, is a cause for concern in the Indian community.

This is also a sign that the recent influx of Asians and students is causing concern among the locals.

In this case, special care should be taken to avoid traveling to isolated areas at night, warns Binu.

“Newcomers should understand and avoid unsafe areas and report any assaults to the police”, he adds.

Kairali UK and Loka Kerala Sabha member Nidin Chand and community members are helping to take the necessary steps by including the people’s representatives in the area.