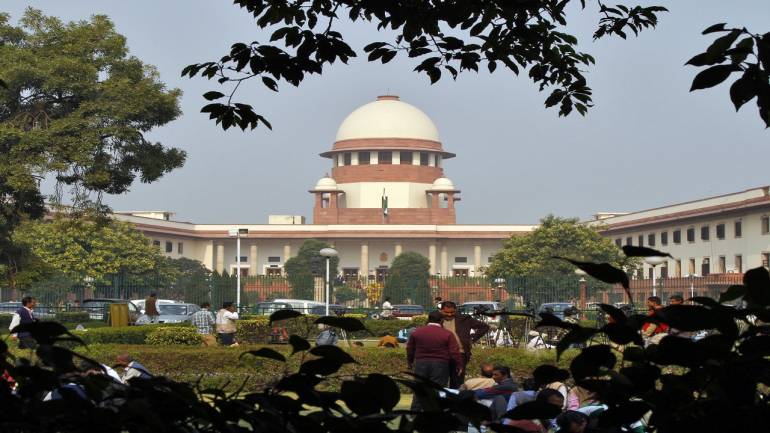 New Delhi Sept 18: Expressing displeasure over tinkering of its judgement and order by the Kerala High Court in a matter related to churches, the Supreme Court has said Kerala is a part of the Indian territory and courts there are bound to follow the law declared by the top court.
The Supreme Court restrained the Kerala High Court and all civil courts there from passing any order in violation of the top court’s 2017 decision which had held that prayer services were to be performed in consonance with the 1934 Malankara Church Constitution and guidelines.

The 2017 judgement had dealt with the issue of right to conduct administration and prayers in churches in a dispute between two factions.

It had also said that 1,100 parishes and their churches under the Malankara Church should be controlled by the Orthodox faction as per those guidelines.

A bench of Justices Arun Mishra and MR Shah said that as per Article 141 of the Constitution, the law declared by the top court is binding on all the courts and under Article 144, civil and judicial authorities within the territory of India shall act in aid of the Supreme Court.

“Kerala being Indian territory all concerned are bound to act accordingly. We have intended peace to come in church but due to such orders passed in contravention of law laid down by this court, law can never be obeyed,” the bench said in its order passed on September 6.

“This amounts to a violation of judgment and order. The high court (of Kerala) has passed an interim order in violation of the judgments and orders passed by this court,” the bench said.

The top court set aside the Kerala High Court’s interim order which had said that prayer services at churches should be performed alternately by the two rival factions of the Malankara Church.

The bench said “it passes comprehension” as to how the high court judge had passed the interim order which “runs expressly contrary” to the 2017 decision of the top court.

“This court has passed several judgments and orders to the effect that no such interference can be made by any court after the decision has been rendered by this court in a representative suit which is binding on all concerned and it is the constitutional duty of all concerned to obey the judgment and order of this court,” the bench said.

“We are not able to understand what kind of judicial discipline is reflected while passing the impugned order, which should not have been passed at all.

We restrain all the civil courts and the high court in Kerala not to pass any order in violation of the mandate of this court”s decision…,” the bench said.

It said that the high court has “no right to tinker” with the judgment and order passed by the top court which is binding and judicial propriety has to be maintained at all costs.

“It is made clear to all concerned, more so to the courts, that in future the violation of judgment and order (is) to be viewed seriously. Let similar matters which are pending be decided following aforesaid judgment and order. There can be no further litigation as the decision in representative suit is binding,” the bench said.

It said that copy of its order be forthwith circulated to all the courts in Kerala and the authorities concerned by the Registrar General of the Kerala High Court.

“Let Registrar General submit a report to this court as to how many litigations are pending in the court as to aforesaid dispute in the various courts. Let the report be submitted within three months,” the bench said.

The bench passed the order while hearing a matter related to implementation of the top court order on giving control of 1,100 parishes and their churches under the Malankara Church to the Orthodox faction.