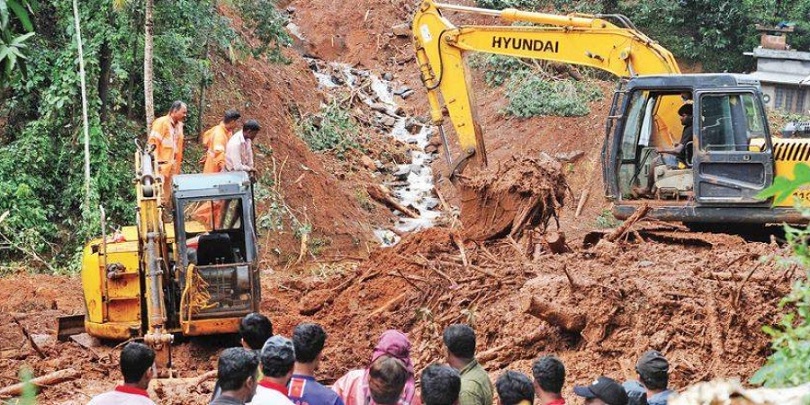 Thiruvananthapuram Aug 19: Ground Penetrating Radars were put into use on Sunday to locate bodies at Kavalappara in Malappuram and Puthumala in Wayanad, where massive landslides had wiped out two villages, even as the toll in rain battered Kerala climbed to 116 with the retrieval of more bodies.
A team of experts from Hyderabad started the search operations at the two villages with GPR, which will help detect bodies buried under mounds of earth.

A state wide calamity report issued by the government said 116 people have lost their lives in Kerala in the second spell of the South West monsoon rains since August 8 and that 83,043 people are still in 519 relief camps.

As per the update, 53 people have so far lost their lives in Malappuram, 12 in Wayanad and 17 in Kozhikode, the three northern districts, where 26 people are still missing.

The report also said that 1,204 houses were fully damaged in the monsoon.
Over one lakh volunteers have enrolled for cleaning work in flood-hit villages in the northern districts.

Kerala’s all-women self-help group Kudumbashree has engaged over 50,000 members for the purpose.

“Volunteers from various organisations have identified over 15,000 spots in Wayanad. They are moving in batches and have started the cleaning mission.

They will remove the mud and slush from the houses, clean wells and the locality,” an official told news agency PTI.

The volunteers will clean the wells using “super chlorination” method and the state Suchitwa Mission has arranged material and equipment for the purposes, the official said.

A health department official said vaccines have been provided for volunteers to prevent leptospirosis, also known as rat fever.

“We have provided the volunteers gumboots and gloves,” the official said.
As the rains receded, people have started returning to their homes after cleaning the accumulated mud and filth.

Good samaritans from neighbouring districts are also lending a helping hand in the clean up operations.