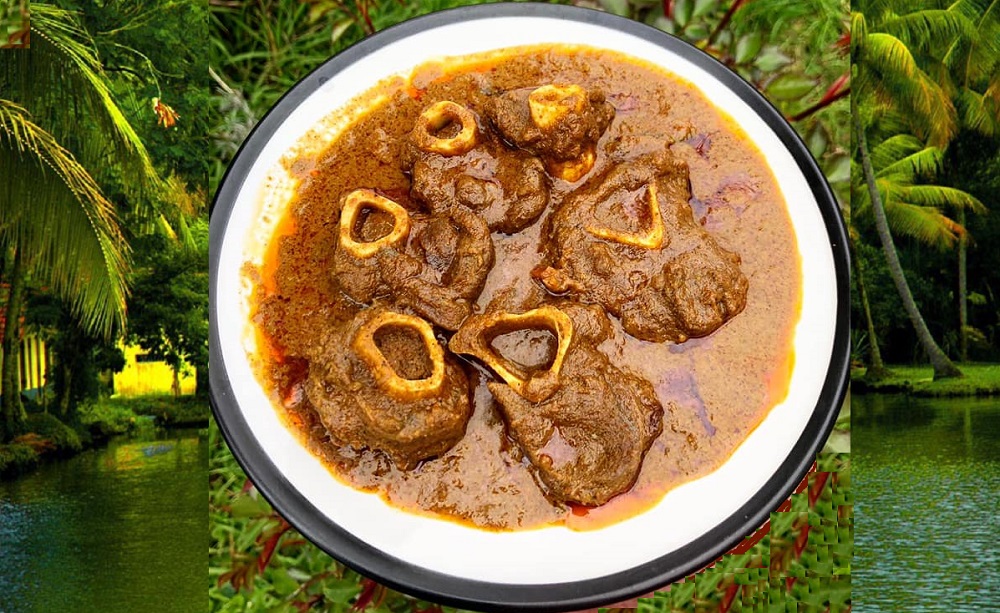 CALIFORNIA Aug 9: Chaheti Bansal, an Asian food blogger, who lives in California, shared her home-cooking online, a video recipe where she called on people to ‘cancel the word curry’. In the short clip uploaded earlier this year, viewed more than 3.6 million times, she says the term has been misused by foreigners to describe every dish made on the Asian subcontinent.

The food blogger said: “There’s a saying that the food in India changes every 100km and yet we’re still using this umbrella term popularised by white people who couldn’t be bothered to learn the actual names of our dishes.

In the video, Bansal added: ‘Not in all cultures but specifically in Indian cuisine because I don’t understand what that word means.There’s a saying that the food in India changes every 100km and yet we’re still using this umbrella term popularised by white people who couldn’t be bothered to learn the actual names of our dishes. But we can still unlearn.’

He told The Independent that the word “curry” was introduced by the British. “Some say that it is an anglicised version of the word ‘Kari’ (which itself means different things from in every region, ranging from “side dish” to “blackened”) which is Tamil.”

“Our food cannot be summed up with that word and our cuisine is an amalgamation of so many different cultures prevalent in India,” said Keer.

Ilyse Morgenstein Furest, an associate religious studies professor at the University of Vermont and an expert in South Asia said: “The word curry does not exist in any South Asian language to my knowledge.”

Professor Furest attributes the term to the “British bad ear” during colonial rule in India.

Several historians claim British officials misheard the Tamil word ‘kari’, which has varied meanings depending on the region, but can translate to both “blackened” and “side dish”.

The professor claims that after the British arrived in the region in the 1850s, they started using the term, and because of the power structures in place, locals started to coin it too.

“South Asians can turn around and say, ‘OK, if these British officers want curry, and I stand to profit, whether that’s socially, politically, financially, then I set up a curry house,'” she told NBC News.

Professor Furest claims this is why ‘curry’ should not be used as an umbrella term, because it is largely incorrect and “rooted in white, Christian supremacy”.

Another Instagram food influence Nisha Vedi Pawar, 36, has echoed the calls, saying in one video: “What the hell is curry?”

But Ms Bansal says the word does not need to be ‘cancelled’ completely, as particularly in South India it describes a variety of dishes from meat ones in gravy to vegetable side plates.

“But you shouldn’t just lump all of our foods together under this term.”

Meanwhile, Indian chef Cyrus Todiawala, owner of Café Spice Namaste, speaking to Express Newspaper has dismissed a woke Californian blogger who suggested the term curry is “racist”. Blogger Chaheti Bansal suggested the term had been “popularised by white people who couldn’t be bothered to learn the actual names of our dishes”. But Mr Todiawala insisted the word “curry” is not racist at all as he lamented a lack of “information” about the variety of Indian cuisine as the root for the general usage of the term.

Mr Todiawala told GB News: “I do not consider it racist at all.

“I think it’s a lack of information, and there’s also a lack of information from people like us who have not bothered to educate the customers that come into our restaurants. Now, if you embarked upon an education process as we do with many things on our menus, we write the explanations very clearly, in which case then people are understanding.

“But it’s something that sets deep into a process, and that cannot be erased over two or three hundred years of being in practice it’s not easy just to say curry is racist.”

He continued: “No, it is not racist. It is something that was simple for people to understand while they were in India for example because if you look at the main positions of where maybe some of the garrisons were kept. They were all on the coastal regions”.

“So curries are very common because you’re lots of coconut grain on the coast.”