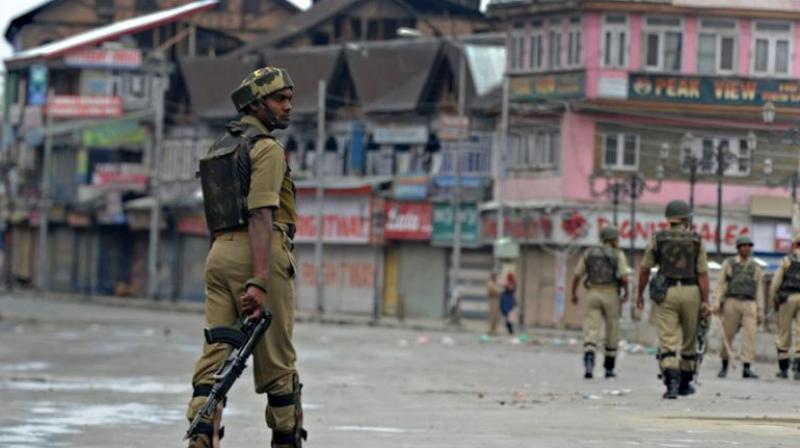 London Sept 4: The UK on Tuesday said any allegations of human rights violations in Kashmir since India revoked the Article 370 of the Constitution must be “thoroughly, promptly and transparently” investigated.
Foreign Secretary Dominic Raab told MPs in the House of Commons in the first parliamentary session after a long summer recess that he had raised the concerns with External Affairs Minister S Jaishankar during a conversation on August 7 and that the UK will carefully monitor the situation in Kashmir.

“In relation to detentions, potential mistreatment and also the communications blackouts, I raised those issues with the Indian Foreign Minister. The Indian government has made clear that they are only temporaneous, as strictly required.

And of course, we would want to hold them to that undertaking,” Dominic Raab said while addressing an Oral Questions session which opened with a series of questions related to the Kashmir issue.

“All and any allegations of human rights violations are deeply concerning. They must be investigated thoroughly, promptly and transparently,” he said.

India has categorically told the international community that the scrapping of Article 370 was an internal matter.

While reiterating the British stance that the Kashmir dispute is a bilateral issue between India and Pakistan, the minister however stressed that the human rights concerns made it an international issue.

“The issue of human rights is not just a bilateral issue for India or Pakistan or a domestic issue, it is an international issue… we expect internationally recognised human rights to be complied with and respected,” he said, addressing a question from Conservative Party MP Steve Baker, who represents a large Kashmiri-origin constituency of Wycombe in south-east England.

MPs from different sides of the Commons raised a series of questions over the Kashmir issue, including demanding an end to the “blockade” in the state as well as independent observers to be deployed to the region.

Conservative MP Bob Blackman spoke up in favour of the revocation of Article 370, which he categorised as discriminatory to women and minorities.

Indian-origin Tory MP Shailesh Vara raised the related violent clashes outside the Indian High Commission in London during Indian Independence Day celebrations on August 15, highlighting that members of the Indian diaspora were attacked by “another community” – in a clear reference to Pakistani-origin protesters on the day.

Dominic Raab said: “…Any violence is deplorable. It shouldn’t be conducted in this country, or anywhere else for that matter, at any individual communities.

What we now need to do is try and reduce those tensions but also, on a positive side, build up confidence building measures to allow proper dialogue between the communities in Kashmir and also between India and Pakistan.”

“We want to see a reduction of tensions in Kashmir, respect for internationally recognised human rights and steps from all sides to rebuild confidence,” Mr Raab said.

The Indian government revoked Article 370 of the Constitution last month, withdrawing the special status of Jammu and Kashmir.