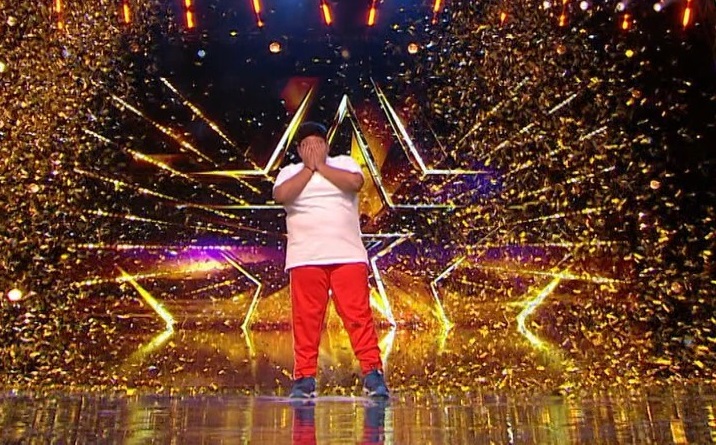 LONDON April 27: Indian teenager Akshat Singh set the stage of popular reality television show ‘Britain’s Got Talent’ on fire with his dance moves and also proving his conviction about how “fat people can dance”.

Akshat, 14, appeared on ‘Britain’s Got Talent’ on April 21. When one of the judges asked him why he is on the show, he replied that he has two mottos in life: “To make everyone happy and to show everyone that nothing is impossible in our life.”

Simon Cowell admits he is finding it “harder” to find talent in the UK now but he hopes ‘Britain’s Got Talent’ viewers will be impressed this year.

Akshat started his performance with the song “Deva Shree Ganesha” from ‘Agneepath’ and followed it with some fast-paced dance moves, twerks and 180 degree splits on rapper Nicki Minaj’s song “Starships”.

A Salman Khan fan, he concluded the dance with a box split and a message: “Fat people can dance”. He received a standing ovation from all the four judges and also the audience.

Cowell commented: “I was not expecting that… Absolutely love what you do because you are absolutely fun. You got a great personality. This is your moment.”

Walliams added: “I wish I was a teen watching you on the stage. You would have made me feel that I could achieve absolutely anything.”

Before the judges could vote for the performance with a yes or no, the show’s hosts Anthony McPartlin and Declan Donnelly — also known as Ant and Dec — rushed to hit the third Golden Buzzer of the season.

“We asked someone to rock, and he rocked. Superb stuff, Akshat, our BGT Golden Buzzer 2019,” read an Instagram post by the co-hosts.

Akshat rose to fame in 2014 when a video of his dance on a superstar Salman’s number on “India’s Got Talent” became popular. After that, he was invited by TV personality Ellen DeGeneres as a guest on her talk show. Singh also appeared on Steve Harvey’s Australian show “Little Big Shots” in 2017.