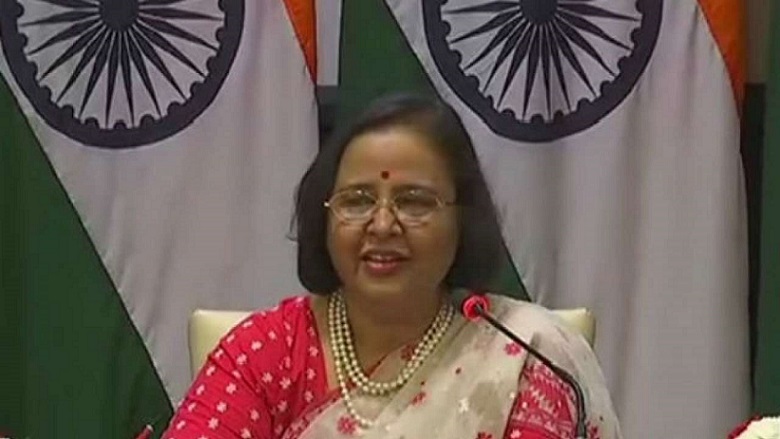 LONDON May 10: India has called on the UK government to look into some tax and visa norms that make it difficult for Indian professionals and students to fully contribute to the bilateral relationship.

At the Conservative Friends of India (CFIN) annual dinner in London on Wednesday evening, Indian High Commissioner to the UK Ruchi Ghanashyam urged UK Home Secretary Sajid Javid to look into regulations around compulsory tax contributions required from Indian professionals who come to the UK only for a short period, resulting in a loss of millions of pounds.

Referring to some latest figures from Grant Thornton’s “India Meet Britain Tracker 2019”, the Indian envoy pointed to an increase in the number of Indian companies operating in the UK over the previous year to 842 in 2019.

“It shows the confidence that Indian business has in the UK and the positive momentum that they keep on adding to the India-UK economic relations. Here, I want to draw attention to the National Insurance (NI) exemption which for Indian nationals is 52 weeks, while for some other countries it can be three to five years,” she said.

NI is a form of contributory tax paid by UK residents, eventually ensuring access to a state-funded pension in later life. However, the envoy pointed out that the minimum period of NI contribution to gain entitlement to a state pension is 10 years, which an Indian employee on a limited-period Intra-Company Transfer (ICT) visa is unable to take advantage of. This effectively means forfeiting the entire amount paid in.

The other issue she raised was the falling number of Indian students choosing UK universities for higher education and urged the British government to take steps to encourage those figures as students are a “great source of strength” to the bilateral relationship.

“There are some issues because the number of students coming to the UK from India has been falling. Last year, there was a bit of an increase because the figure reached more than 19,500 but it is still way below the 40,890 in 2010-11,” she noted.

Ms Ghanashyam spoke of the strong India-UK partnership, most recently demonstrated in the blacklisting of Pakistan-based Jaish-e-Mohammed chief Masood Azhar by the UN in which the UK “took the lead”, but said she had also sought the permission of the minister to raise some issues.

“Now that I have the chance, I think I would not be a good ambassador of my country if I were not to mention them…These are not big issues as such because there are a lot of positive developments happening and it is not my intention to appear to be cribbing about anything. But just to draw attention,” she said.

Sajid Javid, who was the chief guest at the CFIN event, in return welcomed her as only the second female Indian High Commissioner to the UK, after Vijaya Lakshmi Pandit, and also her “frank” remarks as he pledged to work alongside her on some of the issues.

“Last year, the number of Indian students choosing to come to the UK went up by 35 per cent, the biggest annual increase in over a decade. And, the UK already issues more skilled worker visas to Indian nationals than to the rest of the world combined,” said Mr Javid, the first Pakistani-origin minister in the UK Cabinet.

“The new (post-Brexit) immigration system will be a skills-based system, which means it will not be based on nationality. It means that we will be even more open once we have left the EU (European Union) to welcome even more of India’s brightest and best,” he said.

The minister referred to British Indian businessman Rami Ranger, the co-chair of CFIN, as a “success story” as he highlighted the contributions of the Indian diaspora to the UK, adding that the country”s state-funded National Health Service (NHS) would collapse without the contribution of 60,000 British Indians.

“The UK-India alliance is not only mutually beneficial but also good for the world as a whole because we share similar values as secular democracies,” said Mr Ranger, the London-based founder of international marketing and distributing company Sun Mark.