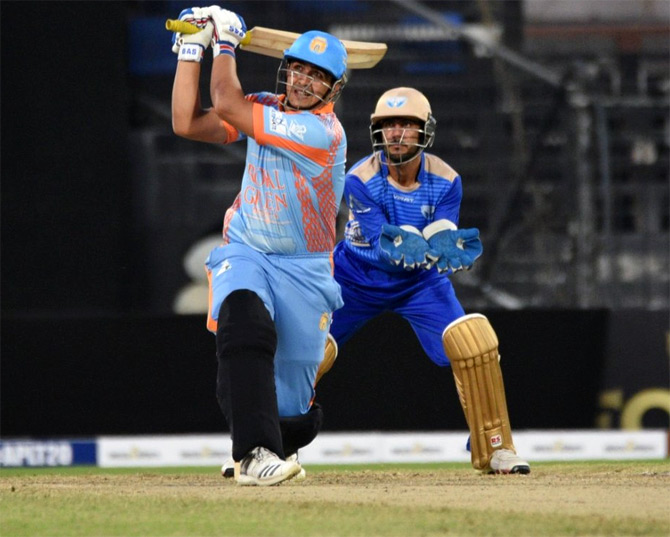 KABUL Oct 15: Hazratullah Zazai hogged the limelight by becoming the first Afghanistan batsman to hit six sixes in an over. Zazai scored a quickfire 62 runs off just 14 balls for Kabul Zwanan against Balkh Legends in the Afghanistan Premier League (APL) 2018 on Sunday.

In doing so, he also became the joint fastest half-centurion in T20s with Yuvraj Singh, both of whom reached the landmark off only 12 balls. The Afghanistan Premier League praised his performance on their official Facebook account along with a video of him achieving the astonishing feat.

Zazai joined the august company of Sir Garfield Sobers, Ravi Shastri, Herschelle Gibbs and Yuvraj Singh to hit six sixes in an over in any form of cricket.

Zazai’s knock emulated Yuvraj’s effort against England at Durban in 2007 during the inaugural ICC World Twenty20. Back then, Yuvraj smashed six sixes off a Stuart Broad over to move to a 12-ball half-century.

However, Zazai’s brilliant cameo failed to get his team over the line. Chris Gayle smashed 80 off 48 balls to help Balkh Legends achieve a mammoth total of 244 for six in 20 overs.

Despite Zazai’s fireworks, the Kabul Zwanan could only muster 223 for seven in the chase. The Balkh Legends innings featured 23 sixes – 10 of them coming off Gayle’s bat.

There was a change in the opening combination for them with the Sri Lankan Dilshan Munaweera starting things with Gayle.

In nine overs, they scored 93, with Munaweera being the more attacking of the two smashing 46 off 25 balls before holing out to cover.