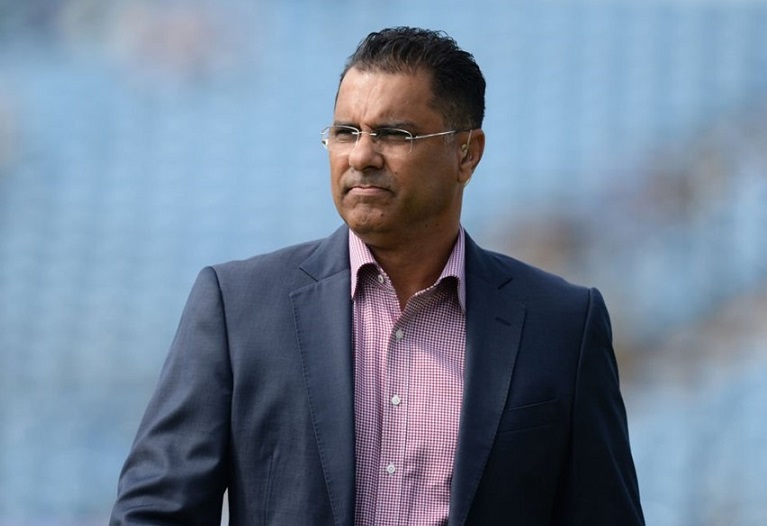 KARACHI July 2: India put up a valiant fight against hosts England on Sunday but left themselves too much to do in the end as their unbeaten run in World Cup 2019 finally came to an end. England not only kept their hopes alive of a last-four berth but dented Pakistan’s chances.

Before the England vs India clash, Pakistan fans and former players were backing India to beat England, a result that would have made it a tad bit easier for Pakistan to reach the last four.

But thanks to England’s victory at Edgbaston, Pakistan are not assured of a semi-final berth even if they win their final league match against Bangladesh.

Instead of questioning his own team’s performance and quality, former Pakistan captain Waqar Younis decided to challenge India’s “sportsmanship” on Twitter.

Waqar Younis tweeted saying that while he was not bothered if Pakistan qualified for the semi-finals, he questioned the “sportsmanship of few Champions”, who according to him “failed badly”.

Waqar Younis ✔@waqyounis99: “It’s not who you are.. What you do in life defines who you are.. Me not bothered if Pakistan gets to the semis or not but one thing is for sure.. Sportsmanship of few Champions got tested and they failed badly #INDvsEND #CWC2019

Not surprisingly, Waqar Younis’ comments didn’t go down too well.

@venketeshrr Replying to @waqyounis99 “You guys should win on your own strength. Don’t whine on SM. Others won’t do it for you. It is others’ game. Why the hell they should play it for you ?”

Replying to @waqyounis99: ” ROFL. So your team wants to be in world cup based on performance of some other team against yet another team? Apne bal par nahi?

So basically they should give the cup to pakistan and all teams should give a walkover then cos your gang of chewtiyas can’t hold on to them self.

Replying to @waqyounis99: ” How can you make such allegations ? When you team plays badly consistently at the start of the CWC that time u didn’t suspect any foul play ?? Our team plays one bad game & All Hell Breaks Lose On PAK Twitter ??‍♀️Please concentrate on your team’s progress ?

The match at Edgbaston saw the newly crowned World No.1, India, take on the former numero uno team in England. And while England were fighting to stay alive in the tournament, India had no such pressure, having won gone unbeaten in the tournament.

However, England showed just why they were billed as the pre-tournament favourites by taking the attack to India’s strong bowling unit and posting a total of 337/7. India’s slow start came back to bite them in the chase.

India managed a score of just 27 runs in the first 10 overs, leaving their lower middle-order with a mountain to climb, which proved a bit too high in the end.

England’s victory meant that the hosts still have a chance to reach the semi-finals — which they will accomplish if they beat New Zealand in their final league encounter.

On the other hand, despite the loss to England, India have the luxury of needing to win just one of their remaining two games — against Bangladesh and Sri Lanka.

Pakistan’s nightmare start to the tournament is the reason why they find themselves in the position they are. Pakistan were thrashed by the West Indies in their opening match, which was followed by a shock win over England.

Pakistan’s next match against Sri Lanka was abandoned due to rain without a ball being bowled. Australia and India absolutely outclassed Pakistan to leave them with just one win in five matches.

Pakistan, however, turned their fortunes around with three back-to-back wins to remain in contention for a place in the semis but their earlier losses meant they were relying on others to get them to the last four.

As luck would have it, things didn’t work out in their favour with England winning. And yet again they will be hoping that New Zealand beat England.