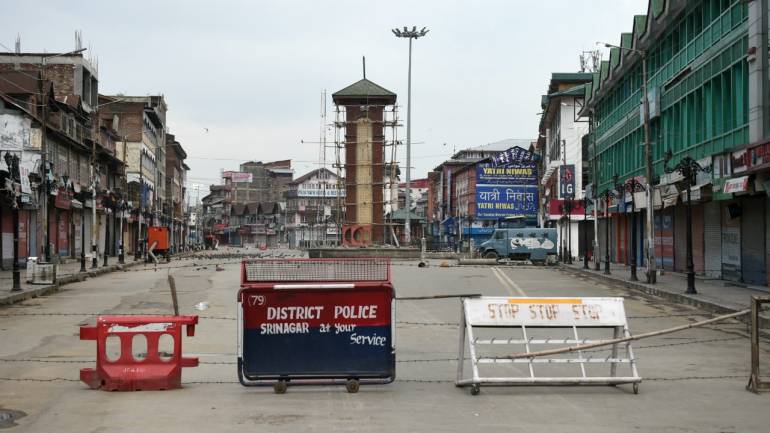 Washington Oct 9: India’s communication blackout in Kashmir is having a “devastating impact” on the lives and welfare of the people there, a powerful US Congressional Committee has said, urging New Delhi to lift its more than two-month long restrictions in the Valley.
Strict restrictions were first imposed across Kashmir on August 5 when the Centre announced its decision to abrogate Article 370 of the Constitution and bifurcate the state of Jammu and Kashmir into two union territories – Jammu and Kashmir, and Ladakh.

Normal life has remained affected in Kashmir for over two months as main markets continue to be shut and public transport off the roads.

Mobile services remain suspended in Kashmir except in Handwara and Kupwara areas in the north, while Internet services – across all platforms continue to be snapped in the Valley since August 5.

“India’s communication blackout in Kashmir is having a devastating impact on the lives and welfare of everyday Kashmiris,” House Foreign Affairs Committee said in a tweet on Monday.

“Its time for India to lift these restrictions and afford Kashmiris the same rights and privileges as any other Indian citizen,” it said.

The House committee comes nearly a month after Indian-American lawmaker Pramila Jayapal, along with 13 other US Congressmen, urged Prime Minister Narendra Modi to address concerns over the human rights situation in Kashmir and lift the communications blackout.

Tensions between India and Pakistan spiked after New Delhi abrogated provisions of Article 370 of the Constitution to revoke Jammu and Kashmir”s special status, evoking sharp response from Islamabad.

Pakistan has been trying to raise the issue at various international fora, but India has categorically rejected any scope for third party mediation on Kashmir, saying it is a bilateral issue between the two countries, a position that has been backed by US President Donald Trump who had recently offered to mediate.

In August, on the sidelines of the G7 summit in the French town of Biarritz PM Modi categorically rejected any scope for third party mediation and said the two countries can discuss and resolve all issues bilaterally.

“There are many bilateral issues between India and Pakistan, and we don’t want to trouble any third country. We can discuss and resolve these issues bilaterally,” PM Modi had said while interacting with the media alongside President Donald Trump.

Last month, External Affairs Minister S Jaishankar said in the US that India’s stand on Kashmir had been clear for decades and the two countries can discuss the issue bilaterally.

The Asia-Pacific and Non-Proliferation Subcommittee of the House Foreign Affairs Committee has scheduled a hearing on human rights in Kashmir and other parts of South Asia on October 22.