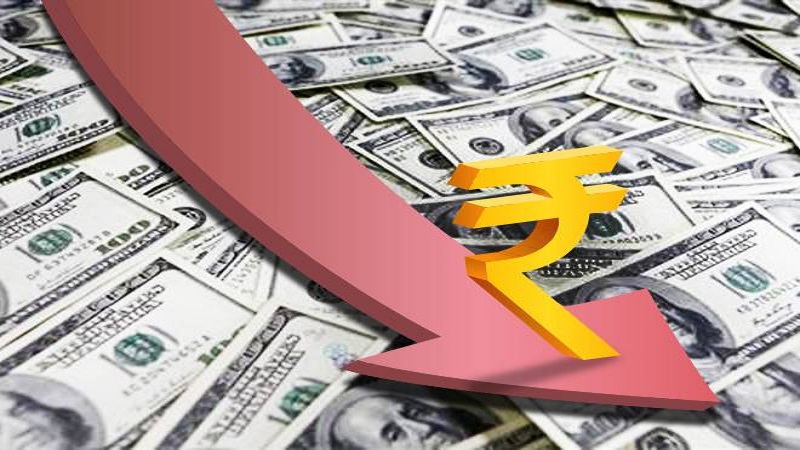 Mumbai Oct 24: The rupee bounced back from the day’s low level to settle almost flat at 73.57 against the US currency on Tuesday helped by easing crude oil prices and increased dollar selling by banks and exporters.

The rupee opened weak at 73.74 and later fell to the day’s low of 73.82 due to steady capital outflows amid deep losses in stock markets due to growing geopolitical concerns.

However, retreating crude oil prices which fell 1.93 per cent to $78.29 per barrel eased concerns and helped arrest a decline in the local currency, a dealer said.

Bond markets also arrested their decline as softer US yields supported the sentiment. The benchmark 10-year bond yield fell by 4 basis points, the most since October 16, to 7.89 per cent as investors cut down exposure to riskier assets.

The rupee settled at 73.57 per dollar, showing a loss of just 1 paise over the previous close. On Monday, the rupee had settled 24 paise lower at 73.56 against the US dollar.

Stock markets fell for the fourth day in a row tracking sluggish trend in global markets on geo-political tensions and fresh worries over trade war.

The Financial Benchmark India Private Ltd (FBIL) set the reference rate for the rupee/dollar at 73.7818 and for rupee/euro at 84.4743.