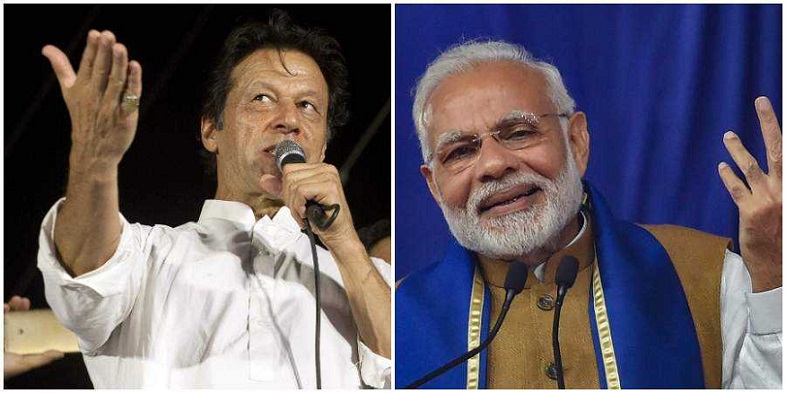 SHANGAI June 15: Prime Minister Narendra Modi and Pakistan’s Imran Khan exchanged pleasantries on Day 2 of the Shanghai Cooperation Organisation or SCO summit in Kyrgyzstan’s capital Bishkek, sources said this evening.The pleasantries were “usual” in nature and were exchanged when the two prime ministers were in the Leaders’ Lounge, sources added.

This was the first such interaction between the two leaders amidst the chill in bilateral relations, triggered by the terror attack on a CRPF convoy in Jammu and Kashmir’s Pulwama in February in which 40 soldiers died.

On Thursday, the two leaders had not exchanged pleasantries during the dinner hosted by Kyrgyzstan President Sooronbay Jeenbekov for the leaders attending the SCO summit.

Earlier today, in a stern message directed at Pakistan, PM Modi said countries sponsoring, aiding and supporting terrorism must be held accountable. Countries will have to come out of their narrow purview to unite against terrorism to fight it, PM Modi said in the presence of Imran Khan.

During his bilateral meet with Chinese President Xi Jinping on Thursday, PM Modi had reiterated India’s stand that Pakistan should take concrete action against terror before talks can resume. China is Pakistan’s “all-weather” ally.

Before PM Modi left for Bishkek, India had ruled out any bilateral meeting with Pakistan. India has said cross-border terror must stop and Pakistan must take action against terror groups operating from its soil before dialogues can begin.

Imran Khan and Pakistan Foreign Minister Shah Mehmood Qureshi had written separate letters to their Indian counterparts, ahead of the SCO summit, pushing for resumption of bilateral talks. After assuming office too, Imran Khan had written to PM Modi, seeking dialogue on all issues, including Kashmir.

The Shanghai Cooperation Organisation is an eight-member group led by China that cooperates mainly on trade and security.