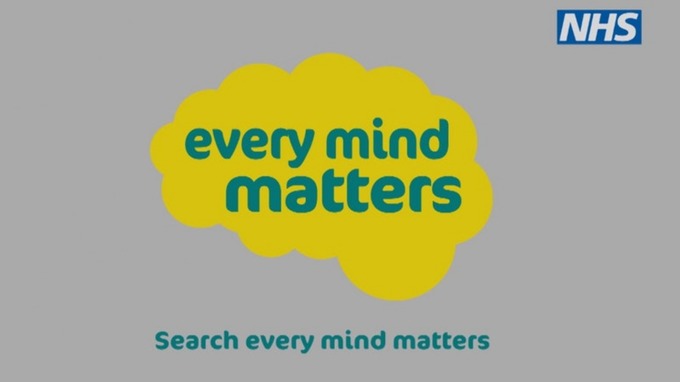 The three-minute film, featuring the voices of the four Dukes and Duchesses, was broadcast on commercial channels shortly before 9pm this evening.

The BBC, which does not run adverts, did not take part in the moment of television history.

The Every Mind Matters page went down as viewers flocked to the site after the advert aired, and a message on the NHS website said it was ‘experiencing technical difficulties’.

A spokeswoman for PHE said of the website crash: ‘We think it was due to high [traffic]. We had technicians working on it immediately and we’re back up and running now.’

Around 11million people were expected to see the advert on channels including ITV and Channel 4 and some of them praised the TV spot on social media.

‘Just seen the new mental health ad on TV, well done to all those including the royals who contributed, a lot of bravery and inspiration,’ said Gary Hall.
‘Loving the mental health advert,’ said another after watching the advert, in which the faces of the royals are not seen.

It features celebrities including Davina McCall, Bradley Wiggins and Gillian Anderson talking about their own experiences of mental health problems.

Prince William says: ‘All over the country, millions of us face challenges to our mental health – at all ages – at all intensities, and for all sorts of reasons. We feel stressed, low, anxious or have trouble sleeping.’