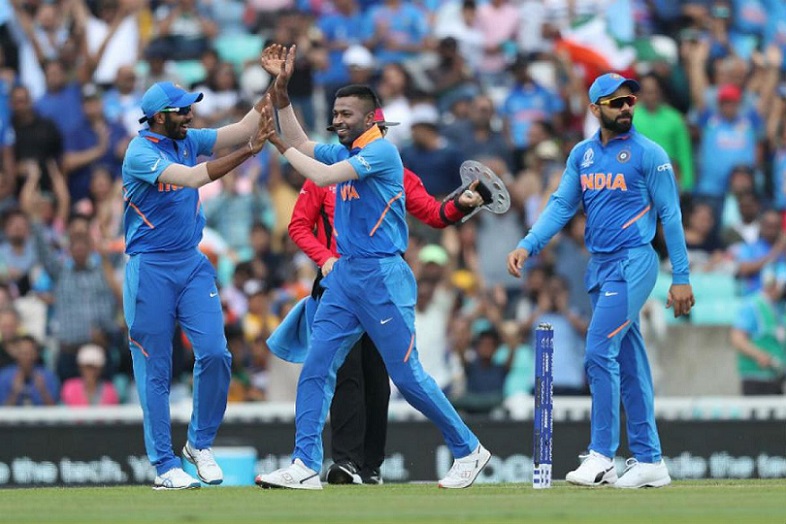 Even Pakistan’s head coach, Mickey Arthur, seems to be sailing in the same boat. Ahead of Pakistan’s last league fixture against Bangladesh, Arthur said that he was following India’s game intently.

“How they (India) played, again that’s the issue which we can’t control. Obviously, I was following the game intently and was disappointed that India did not get up because that would have opened the door for us,” Arthur was quoted as saying by AFP.

Apart from winning their next game against Bangladesh, Pakistan also need New Zealand to beat England in their last league fixture in the ongoing World Cup 2019.

Speaking on the important clash between the two sides, Arthur elucidated that he hope New Zealand can get the job done for his team.

“I just hope New Zealand get it done for us,” said Arthur, whose team have nine points, one behind England and two behind New Zealand, with one match to come for each side.

If New Zealand don’t (win) then we hope England win by a big-enough margin and then we calculate what we have to do with our net run-rate, which I think is probably too much,” Arthur added.

Pakistan had a disastrous start to the World Cup when they were shot out for a paltry 105 by the West Indies, who chased down the target in just 13.4 overs.

“I think when we look back in the tournament the thing that really haunts me is the defeat against the West Indies,” said Arthur of the seven-wicket loss in Nottingham.

Pakistan shocked England in their second game but Arthur said a washout against Sri Lanka in Bristol sapped their momentum.

“We had the momentum straight after the England win and then to have a washed-out game meant we almost had to start all over again and train indoors, so it was disappointing.”

Pakistan lost to Australia and arch-rivals India before winning three consecutive games against South Africa, New Zealand and Afghanistan to revive their chances.