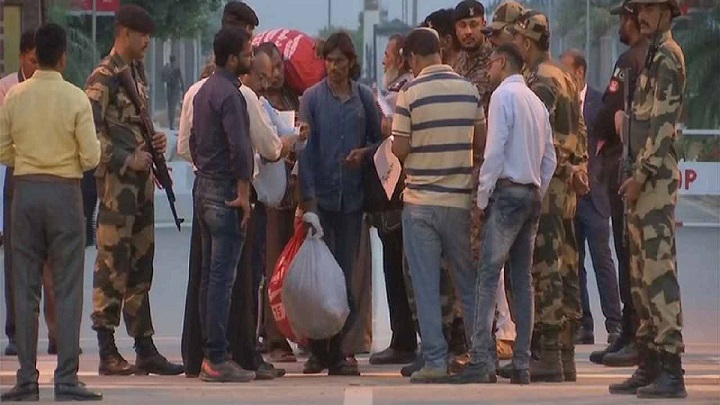 AMRITSAR April 9: A total of 100 fishermen crossed over to India through the Attari-Wagah border on Monday after the Pakistan government released them from jail as a goodwill gesture.All of them crossed over to India in the evening on the basis of ”emergency travel certificate” issued by the Indian High Commission in Islamabad, officials said.

The fishermen were arrested when their boats strayed into the Pakistani waters in the Arabian sea.

Immediately after the repatriation, medical examination of all fishermen was conducted.