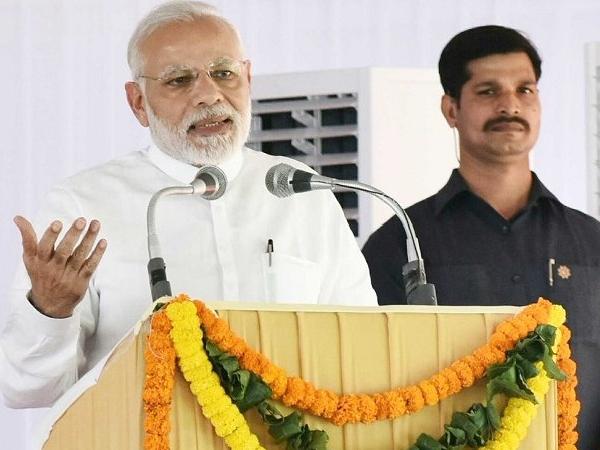 NEW DELHI Jan 9: Lok Sabha Tuesday passed a landmark bill to provide 10 per cent reservation in jobs and education for the general category poor with most parties backing the proposed legislation, described by the government as “historic” and in the country’s interest.

Brahmins, several trading castes like Banias, Rajputs (Thakurs), Jats, Marathas, Gujjars, Bhumihars, Kapus, Kammas. The poor among the other religions like Muslims and Christians will also get the benefit. Though in Kerala, there is special reservation for muslims.

Opposition, including the Congress, dubbed the proposed law as a political gimmick that may not stand judicial scrutiny but came around to support it during voting, underlining the huge political import of the measure aimed at placating upper castes.

As many as 323 members voted in support of the bill, which seeks to amend Article 15 and 16 of the Constitution to enable reservation for the “economically weaker” sections in the general category, which had so far been kept out of the quota ambit.

Three members voted against the bill. The government will table the bill in Rajya Sabha on Wednesday as the Constitution (103rd Amendment) Bill.

Prime Minister Narendra Modi and Congress president Rahul Gandhi were present in the Lower House when the bill was passed.

Replying to an over four and half hour debate, Social Justice Minister Thaavarchand Gehlot sought to allay doubts raised by several opposition members about the legislation’s fate if challenged in the Supreme Court, saying he can say with confidence that the apex court will accept it.

“Your doubts are unfounded. Put them to rest,” he told opposition members, many of whom dubbed the bill as “jumla” and “gimmick”, questioned its legal standing and accused the government of bringing it in haste with an eye on the Lok Sabha polls.

Making an intervention during the debate, Union minister Arun Jaitley informed the House that this constitutional amendment bill will not go to state assemblies for ratification, meaning that it will come into force after the Upper House passes it and the President gives his assent.

Certain constitutional amendment bills require ratification from 50 per cent of state assemblies to come into force.

The bar of 50 per cent put by the apex court on total reservation is for caste-based quota, while the bill seeks it provide it for the economically weaker sections in the general category, Jaitley said.

Describing the bill as a political gimmick, opposition parties led by the Congress expressed apprehension that such a law may not stand judicial scrutiny.

Citing P V Narasimha Rao’s government effort to bring in 10 per cent reservation on the basis of economic criteria, K V Thomas (Cong) said it was struck down by the Supreme Court.

This legislation has been made in haste and has so many lacunas, he said, adding, it should be sent to Joint Parliamentary Committee for examination.

“It was only yesterdsay that Union Cabinet approved the Constitution Amendment for 10 per cent quota for poor under general category on economic basis and was introduced in Parliament today.

It raises question on the sincerity of the government,” he said. It seems to be political ‘jumla’ to win election, he added. M Thambidurai (AIADMK) said reservation should not be on economic backwardness but on social backwardness.

His party staged a walkout objecting to provisions of the bill. Indian Union Muslim League and AIMIM also opposed the bill. Jaitley however asserted that the measure will stand legal scrutiny.

Quoting a Supreme Court judgement, he said, “we are also of the opinion that the rule of 50 per cent applies only to reservation in favour of backward classes made under Article 16(4).”

Attempts were made earlier too by governments at the Centre and states to provide reservation on economic ground but failed because they were done either through common statutory provisions or notifications, he said.

Jaitley expressed hope that the bill will pass the test of the basic structure of the Constitution as it does not seek to alter that. “We have to give equality of opportunity to citizens on caste basis and economic basis…just as equal cannot be treated unequally.

Unequally cannot be treated equally,” he said. He quoted from the Congress manifesto to say that the opposition party had also promised such a quota and added that most other parties also backed it.

Samajwadi Party’s Dharmendra Yadav supported the bill but demanded that the government release census figures and also provide reservation to backward castes in line with their population. RJD echoed a similar view.

BJP ally and Union Minister Ram Vilas Paswan made a pitch for creation of Indian Judicial Services and also sought reservation in the private sector, as he backed the bill.

Gehlot, in his reply, said the Modi government’s policy and intentions are good and that is why it has enabled the reservation for the poor in the general category with constitutional amendment, he said, seeking support of all parties.

The poor, irrespective of their religions, will benefit from it, be it Muslim, Christian or others, he said, adding that castes like Brahmins, Thakurs, Patidars, Kapus and Jats will also benefit.

He said the bill is in line with Prime Minister Narendra Modi’s assertion when he assumed power in 2014 that his government would be devoted to the poor and work for “sabka saath sabka vikas” (With all, development for all).

“This is an historic decision and in the interest of the country,” he said, adding that the poor in the general category are living as deprived a life as those suffering in such a manner from other communities and needed support.

Various commissions in the past had made recommendations for such a quota but it is this government which has brought the bill, he added