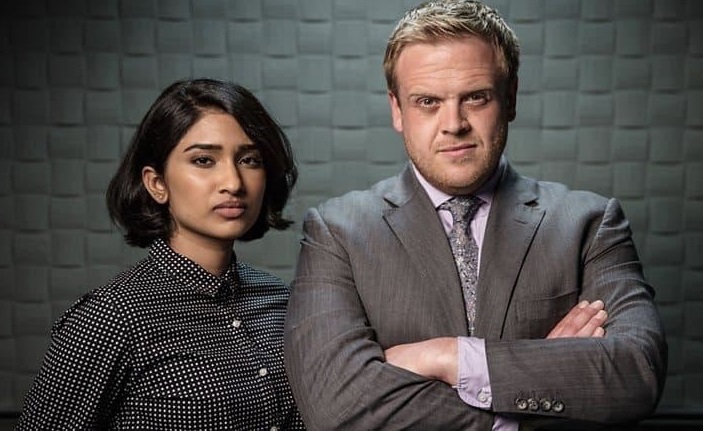 The series follows the actions of Section 20, a secretive branch of the British Defence Intelligence service (DI), who operate several high risk, priority missions throughout the globe.

Varada’s dad Dr Sethu Warrier posted on Facebook: “It was like yesterday we had bid good bye to Varada to Malaysia to film for her latest protect – jointly produced by HBO and Skyatlantic called ‘Strike Back’ . It’s being released in the US first and later this year in the UK! Varada went expecting a tiny role in it, but it was expanded to a more powerful one by the producers and she’s been signed up for the next season as well”.

Varada was born in Kerala, India to parents who are both doctors, and she has a twin sister, Abhaya. Having moved to the North East of England at a young age, she grew up in Newcastle upon Tyne.

Sethu attended Dame Allan’s Schools and was a member of the National Youth Theatre. During her final year of sixth form, Sethu won the 2010 Miss Newcastle competition. She went on to study Veterinary medicine at University of Bristol, later switching to Physiology.

Sethu has been performing both Bharatanatyam and Mohiniyattam from a young age.

Varada Sethu appeared in a short film Appearances as Sameena in 2010. Later Sethu landed the role of Kiran in the 2011 feature film Sket, then as Meghana Scariah in English: An Autumn in London in 2012. In 2015 she made an appearance in the 2000 TV series Doctors as PC Kylie Green. Her career moved on in 2016 appearing as Peaseblossom in a 2016 TV movie version of A Midsummer Night’s Dream.

Also in 2016, Varada acted alongside Michael Caine and Daniel Radcliffe in Now You See Me 2, and as an Indian nurse in New Blood. In 2017 Varada starred as Aisha in 2 episodes of Doctor Foster. Varada also performed in the TV series Hard Sun as DS Mishal Ali for 6 episodes.

The seventh series, Strike Back: Revolution, was announced in 2018 with a January 2019 premiere.

Brown, MacPherson and Sumarwata all reprise their roles from Retribution and are joined by Jamie Bamber as Section 20’s new commanding officer Colonel Alexander Coltrane and Yasemin Kay Allen as Katrina Zarkova, a Russian agent in South-East Asia.[6] The story sees Section 20 investigating the downing of a Russian bomber in the South China Sea and the disappearance of its nuclear payload.