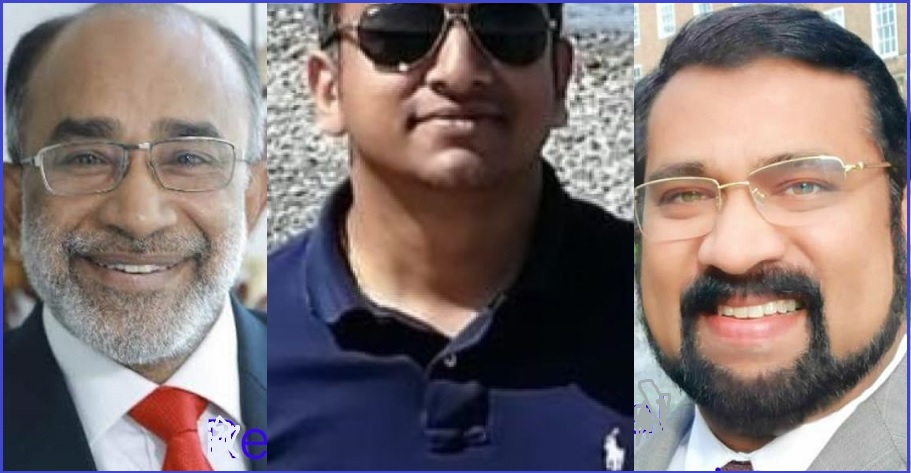 LONDON April 24: In a rare happening, at the time of the Coronavirus when there is lockdown in India and other parts of the world, a seriously ill UK Malayalee software engineer from Nottingham, was airlifted by a private ambulance on Thursday 23rd April and has reached Kerala today (24th April 2020).

It wouldn’t have been possible without the intervention from Bradley Stoke Mayor Tom Aditya and Indian MP Alphons Kannamthanam who cleared the final hurdles in regards to the entry of the air ambulance into the Indian air space. Indian MP Alphons Kannamthanam took to the Facebook to thank Tom for his timely intervention to help his community member.

Responding to the news Mayor Tom said: “There are and were many people who worked behind the scenes to help the family and who are even doing right now. Without the goodwill of those people this wouldn’t have been possible. All credit should go to those who have been helping this family”.

The doctors have advised that it is in an advanced stage and there isn’t much treatment left to be done except for palliative care. As his final wishes he wanted to be with his parents and family back in India for the love, support and further treatment. His parents are living in India and he has wife and a 4-year-old daughter. He required an air ambulance to travel from UK to India as he was becoming very weak and the condition was fast deteriorating.

However, getting an air-ambulance to travel to India would take a huge amount approximately hundred thousand pounds. It was then his college mates, work colleagues and friends who started a fundraising campaign to raise money for the air ambulance cost. The crowd funding was supported by more than thousands of people and they managed to get enough funds to support the cost of the air-ambulance. However, it’s now where the group faced the biggest hurdle to get the clearance from the government in India for the air ambulance to enter Indian air space where there is a lockdown.

Many ministers, MPs and political leaders were approached by Prasad’s family and friends to get special permission from the Government of India. They all sought many routes and pursued the case through various applications, but due to travel ban in India all such applications were rejected. Bristol Bradley Stoke Mayor Tom Aditya, who is actively working to help the international students and visitors stranded in the UK during this lockdown, was his intimated by the Prasad’s brother Prajeesh and friend Giby from USA.

Following liaisons with those who have been actively working towards helping Prasad Das, Mayor Tom gone through all the documentation process and drafted an emergency application. He took up the matter with Indian MP Alphons Kannamthanam, who is a former Indian Minister and bureaucrat. They were both part of the ‘Distress Management Collective’ which is a group based in New Delhi to help people across the globe.

Alphons took up the matter with the government in India with the belief of it having the slightest chance of succeeding. However, he was positive and rang up the top-most officials in the Indian ministries of Civil Aviation, Health and Home Affairs. He briefed them all about the emergency. He forwarded the emails he received from Mayor Tom and followed it up stage by stage. He soon saw the central government speaking to the state government and things were flying fast. Alphons and Tom used their acquittances in getting the work done at various levels.

The matter got clearance within two days from the Indian Civil Aviation Secretary, Indian Home Secretary, Indian Health Secretary, Kerala State Chief Secretary and Director General of Civil Aviation and finally the special permission was granted. The specially chartered jet with Prasad Das, his wife and daughter started from Nottingham on 23rd April noon passing through Germany, Greece, Egypt and UAE and landed at Calicut (Kozhikode) airport and landed on 24th April noon. It’s going to be a hugely emotional moment for the family. It is the first flight reaching India from abroad with a passenger after the lockdown.

MP Alphons Kannamthanam states in his Facebook post that ‘It’s incredible how fast things moved in the government of India and at the state government. I have never seen things happen at such lighting speed. It’s nothing short of miracle.’ He exclaims that we are all small instruments in the hands of God. But we need to make the big effort and HE lets it happen. Alphons Kannamthanam thanked Tom Aditya, Mayor of Bristol Bradley Stoke, through his Facebook post. Distress Management Collective group hailed Alphons and Tom as the philanthropist heroes of the day.