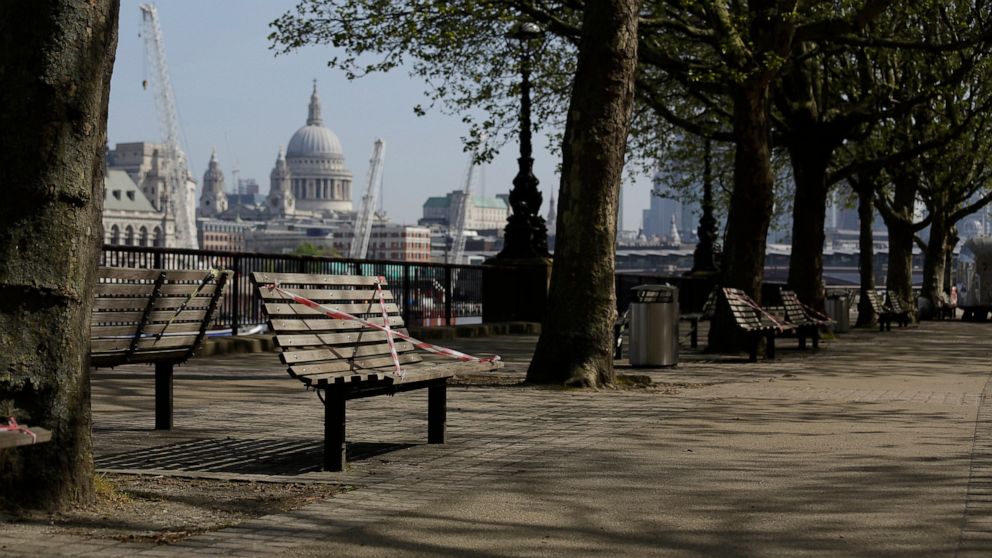 London, May 17: Britain on Thursday extended its lockdown to tackle the coronavirus for “at least the next three weeks”, as it remains among the countries worst-hit by the pandemic with hundreds dying daily from the disease.
Foreign Secretary Dominic Raab, who is deputising for Prime Minister Boris Johnson as he recuperates from COVID-19, said it was “too soon” to lift the stringent social distancing regime rolled out last month.

“The government has decided that the current measures must remain in place for at least the next three weeks,” he said at the daily Downing Street press conference.pandemic

“The worst thing we could do right now is ease up too soon,” added Raab, who chaired an earlier cabinet meeting to sign off the decision.

Johnson ordered the initial three-week lockdown on March 23 to tackle the spread of the virus, shutting “non-essential” shops and services, and banning gatherings of more than two people.

Since then, the number of confirmed cases of COVID-19 and deaths has climbed dramatically in Britain, with more than 100,000 people now infected and nearly 14,000 fatalities among those hospitalised.
‘Guided by the scientific evidence’

The daily death toll from the virus hit nearly 1,000 at the weekend and, after falling for several days this week, spiked back up to 861 on Thursday, according to health ministry figures.

Johnson himself spent a week in hospital, with three days in intensive care, while battling the virus. He is now recovering at Chequers, the country estate of prime ministers.

The government has insisted there are indications the lockdown is working and that the pandemic is peaking in Britain, with Raab saying the infection rate is thought to have dramatically reduced.

But he would not be drawn on when and how the country might eventually begin to relax the lockdown.

“We will only do it when the evidence demonstrates that it is safe to do it,” Raab said.

“It could involve relaxing measures in some areas while strengthening measures in other areas, but… we will be at all times guided by the scientific advice and the evidence.”

He added: “Now is not the moment to give the coronavirus a second chance.”

The government has said the vast majority of Britons have followed the rules not to go out except for exercise and to buy essential items.
The law governing the measures must be reviewed every 21 days.

The main opposition Labour party supports extending the lockdown, but has called for the government to set out its exit strategy.

There are also concerns over the slow expansion of testing for coronavirus, something many people believe is crucial to easing the confinement measures.

Professor Neil Ferguson, an epidemiologist at Imperial College London and a government adviser, said Thursday there must be a “single-minded emphasis in government” on scaling up testing and contact tracing.

Speaking to BBC radio, he added that even then, “it’s not going to be going back to normal”.

Among the dead are 27 staff who work for the state-run National Health Service (NHS), Hancock confirmed.

NHS staff have repeatedly warned they are not getting the protective equipment they need, amid shortages of gowns, gloves, masks and visors.