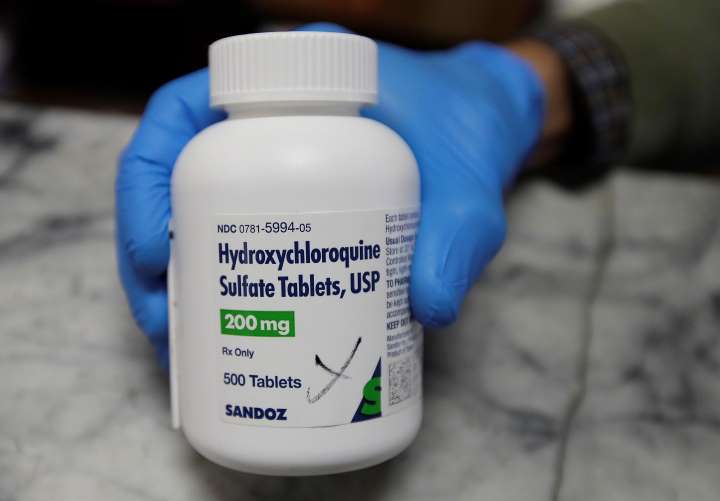 London June 6: British scientists halted a large trial on Friday that had been exploring the use of the anti-malaria drug hydroxychloroquine in patients with the pandemic disease COVID-19 after initial results showed no evidence of benefit.
“We reviewed the data and concluded there is no evidence of a beneficial effect of hydroxychloroquine in patients hospitalised with COVID, and decided to stop enrolling patients to the hydroxychloroquine arm with immediate effect,” said Martin Landray, an Oxford University professor who is co-leading the so-called RECOVERY trial.

“This is not a treatment for COVID-19. It doesn’t work,” he said.
“This result should change medical practice worldwide,” he added. “We can now stop using a drug that is useless.”

The anti-malarial drug has been highly controversial since US President Donald Trump said the drug could be a potential “game changer” in the coronavirus pandemic and after a study published in medical journal The Lancet last month, which led several COVID-19 studies to be halted.

The Lancet study was retracted late on Thursday.

Landray, who is a professor of medicine and epidemiology at the University of Oxford, noted that “there has been huge speculation and uncertainty about the role of hydroxychloroquine as a treatment for COVID-19” but – until now – “an absence of reliable information from large randomised trials”.

He said the preliminary results from the RECOVERY trial, which was a randomised trial – were now quite clear: hydroxychloroquine does not reduce the risk of death among hospitalised patients with COVID-19.

“If you’re admitted to hospital, don’t take hydroxychloroquine,” he said.