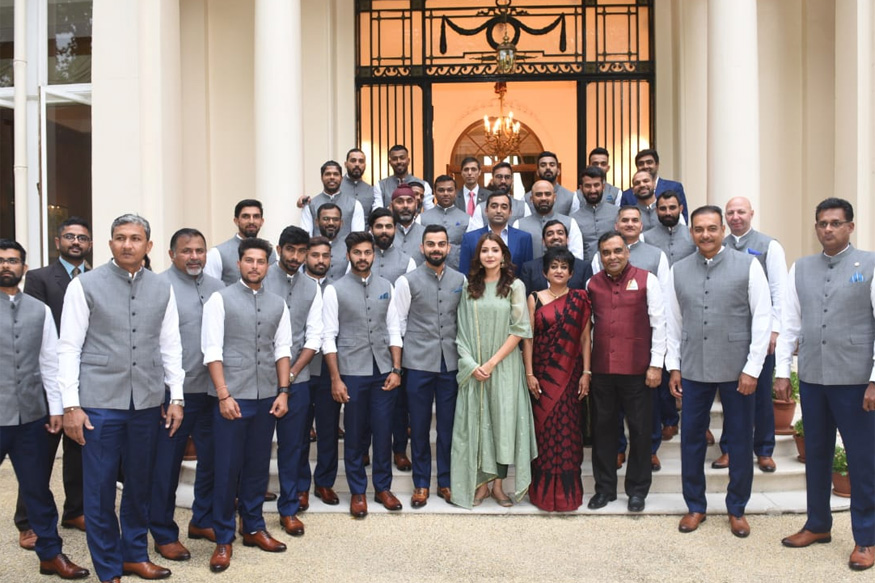 LONDON Aug 9: Team India, who are currently in England, taking part in the five-match Test series against the hosts paid a visit to the Indian high commission in London on Tuesday.

The team, led by skipper Virat Kohli posed with the Indian diplomats in UK.

BCCI shared a picture on twitter with the caption, #TeamIndia members at the High Commission of India in London.

After a defeat in the first Test, India will be looking to get their series hopes back on track in the second Test at Lord’s which starts on Thursday.

England will be without Ben Stokes while India could make changes too for the second Test at Lord’s on Thursday.

Stokes played a starring role in England’s 31-run win in the first Test of a five-match series at Edgbaston last week, including taking the wicket of India captain Virat Kohli, who had been anchoring the tourists’ run-chase.