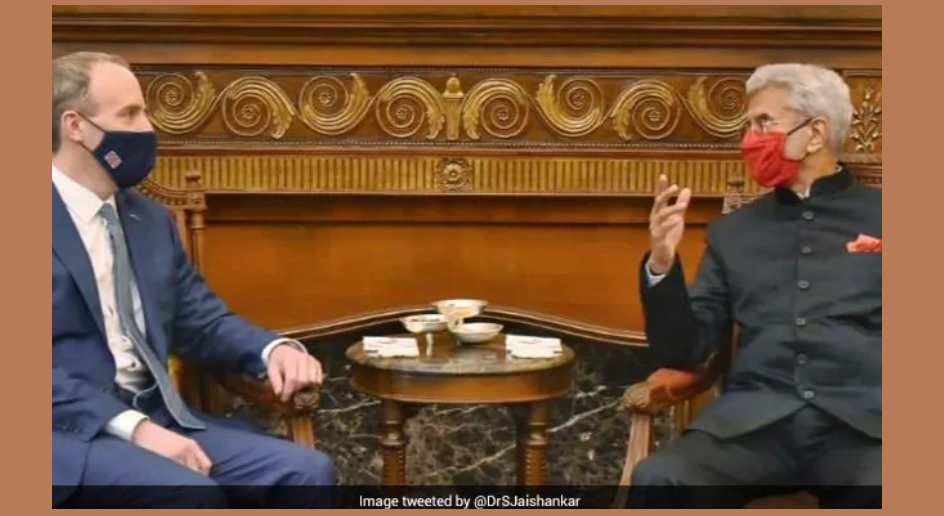 The two sides agreed on the key elements of an ambitious 10-year roadmap to further broaden ties, and also boost strategic cooperation in the Indo-Pacific region.

In their wide-ranging talks, S Jaishankar and Mr Raab also discussed having an ”Enhanced Trade Partnership” by next year that could be a stepping stone towards a future free trade agreement.

In a statement, the Ministry of External Affairs said both sides agreed to “prioritise finalisation of an ambitious, 360 degree roadmap” for upgrading the India-UK partnership to the next level and it will be adopted at the forthcoming visit of the British prime minister to India.

It said both sides recognised the importance of “fast tracking” the discussions on a trade deal as well as concluding a comprehensive migration and mobility partnership agreement that can facilitate swifter movement of students and professionals in both directions.

The two sides also reviewed the situation in Afghanistan, the evolution of the Indo-Pacific and developments in the Middle East besides discussion on shared concerns over challenges posed by terrorism and radicalism, he said.

“Overall, it would be fair to say that we had a very productive discussion as our partnership becomes more ambitious and consequential,” S Jaishankar said.

Mr Johnson will be the second British Prime Minister to grace the Republic Day celebrations after John Major in 1993. Overall, he is set to be the sixth British leader to grace the occasion.

According to Downing Street, Mr Johnson while describing India as a key player in the Indo-Pacific region said that his visit will mark the start of an “exciting year” for Global Britain and deliver a “quantum leap” in the bilateral ties. – PTI