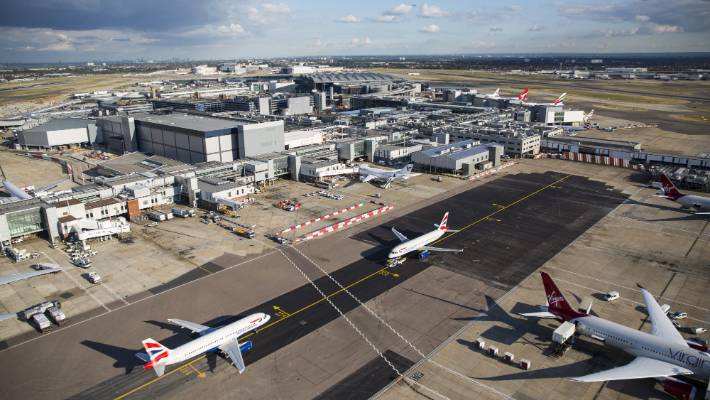 LONDON Jan 9: London’s Heathrow Airport says flight departures have been suspended as a precaution after a reported drone sighting. The suspension of takeoffs from Britain’s busiest airport was announced shortly before 6 pm on Tuesday.

UK’s second-largest airport, Gatwick, has reopened after it shut down for more than a day. Authorities halted all flights when industrial-grade drones were sighted near the airfield on Thursday, disrupting holiday travel. #Gatwick #Airport #Drone

The report follows the pre-Christmas shutdown of London’s Gatwick Airport for parts of three consecutive days due to reported drone sightings.

The Gatwick closure led to more than 100,000 people being stranded or delayed, the worst ever drone-related disruption at an international airport.