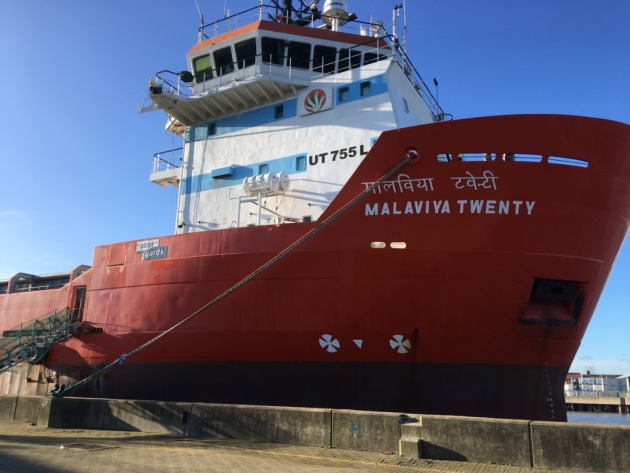 LONDON Sept 12: Four crew members of the Indian ship Malaviya Twenty will soon be able to return to India after spending months on the stranded vessel, as UK’s Admiralty Marshal has put it up for sale to recover the money for crew payments and port fees.

The ship has been stranded at a port in Great Yarmouth of England since July 2016 after its Indian owners declared their bankruptcy and abandoned it.

The bidding procedure for the sale of the ship will start on Sept.11, BBC reported.

Captain Nikesh Rastogi, who has been on the ship for one and a half years, expressed relief and delight at the chance to meet his family again. He boarded the ship in February last year, while three other crew members joined him in September.

“We hope there’s a suitable quote by the 11th (Sept.) when the tenders open and on the 12th we could be enjoying in-flight meals. It would be a huge sigh of relief.

The worst is over. the Marshal has been kind enough to seize the vessel. Once you leave this location, it will hit you that you are finally free,” local media quoted Rastogi as saying.

The four crew members didn’t leave the ship, despite not getting paid since last year, as they feared that it could be seen as an abandoned vessel and could be taken by anyone, which would result a “no payment ever” situation for them.

Peel Ports, the owner of Great Yarmouth Harbour, said that the crew will get its payments as the vessel has been seized by Marshal on their behalf, reported PTI.