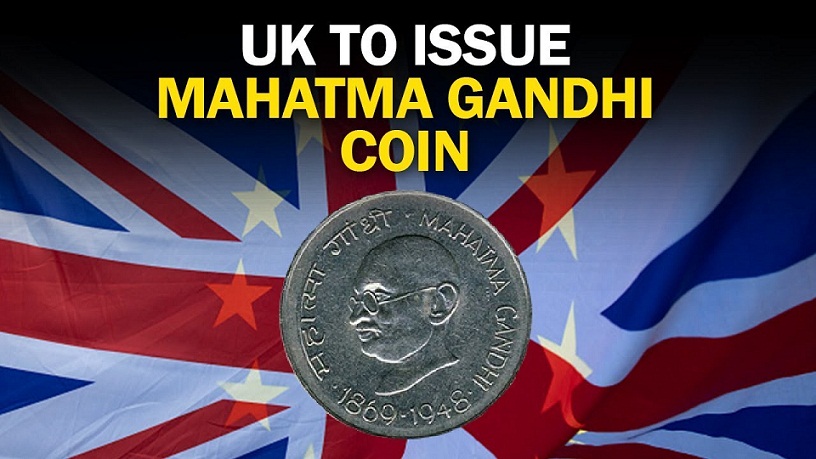 London: Britain will commission a commemorative coin to mark the 90th anniversary of the final visit by Mahatma Gandhi, its finance minister announced Thursday.
Mahatma Gandhi went to London in 1931 for a roundtable conference on India’s future and ended up travelling around Britain, including visiting textile workers in Lancashire.

“I’ve asked the team at the Royal Mint to bring forward proposals for a new, commemorative coin of Gandhi,” Chancellor Sajid Javid said.

He announced the plan as he was named at the top of the GG2 Power List, which celebrates the most influential members of Britain’s South Asian community.

Javid’s Muslim parents moved from Pakistan to Britain before he was born in 1969.

“Gandhi taught us that power doesn’t just come from wealth or high office,” he said.

“We must always remember the values he lived his life by and that our parents brought with them when they arrived here all those years ago.”