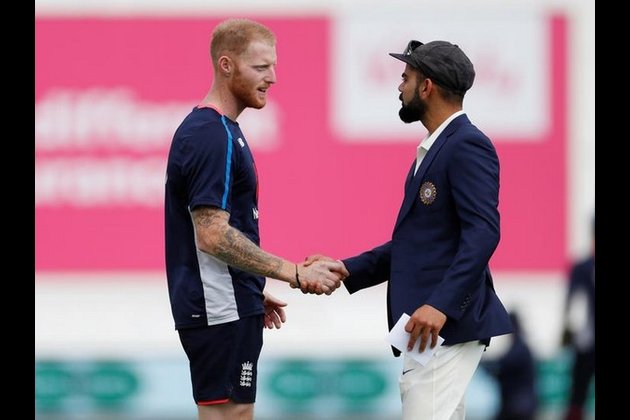 New Delhi , June 17 : England all-rounder Ben Stokes on Sunday came out with a witty tweet regarding Virat Kohli’s north Indian curse word, saying the cricketer uses the phrase rather than his name.

The 28-year-old also said that it used to be funny but it is not anymore.

“I may delete Twitter just so I don’t have to see another tweet reading “He’s saying Ben Stokes”(when he’s clearly not)in reply to a video of Virat saying you know what it was funny the first 100,000 times,” Stokes tweeted.

Earlier, Rohit Sharma and Virat powered India to post a total of 336/5 after sent in to bat first against Pakistan in the World Cup match at the Old Trafford in Manchester.

Defending the total, Indian bowling unit rattled the top-order of Pakistan as both Kuldeep Yadav and Hardik Pandya took two wickets each.

The rain interrupted Pakistan’s innings when they were at 166/6. If the play doesn’t start, India will be declared victorious as Pakistan needed a par score of 252 and they are 86 runs short.