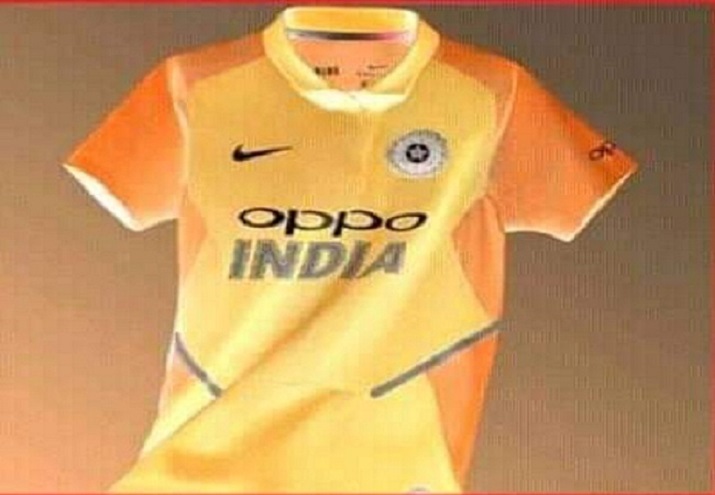 LONDON June 21: Team India will wear an orange jersey for their World Cup 2019 match against England on June 30. India, who are sporting a blue kit for the World Cup, will turn out in a different attire for the game against England.

England, the hosts of World Cup 2019, are also sporting a blue jersey and they have the right to retain their kits.

Speculation were rife ever about the home-away jersey format at the quadrennial event ever since the ICC came up with a statement, saying it allowed teams to provide two different coloured kits.

India Today can confirm that Virat Kohli’s men will be wearing the orange coloured jerseys against England.

The splattering of blue is expected to be the colour of the collar of the said new jersey.

“For televised ICC events all participating teams will be required to provide for two different coloured kits, except for the host country who has a preference in the choice of colour and may, if it chooses to do so, provide only one coloured kit to be worn in all matches throughout the event.

In advance of the event the teams will be notified which coloured kit will be worn in each match,” the ICC had said in a release.