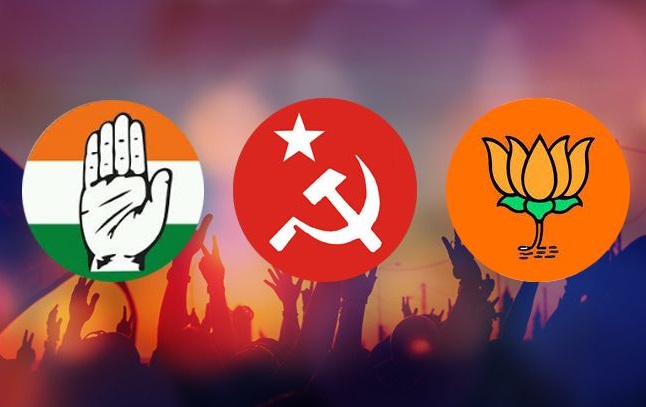 NEW DELHI Jan 25: An extensive survey conducted across the country has found that the BJP-led National Democratic Alliance (NDA) would lose its overwhelming majority in Parliament if Lok Sabha elections were to be held. The survey predicts a hung Parliament if elections were held.

In Kerala, the UDF will win 16 seats and LDF four while BJP will not get any seat, according to Republic TV-C-Voter prediction.

According to the India Today-Karvy Insights Mood of the Nation poll, the NDA would be nowhere close to the magic figure of 272 that a political party or alliance needs to form the government.

According to the Mood of the Nation poll, the NDA would win 237 seats, a massive drop of 99 seats compared to the coalition’s 2014 tally.

The staggering nature of NDA’s loss can be understood from the fact that the Bharatiya Janata Party crossed the figure of 272 on its own in 2014.

The Mood of the Nation poll predicts massive wins for the Congress-led United Progressive Alliance (UPA). The UPA would win 166 seats while parties that are not part of either the NDA or the UPA would win 140 seats.