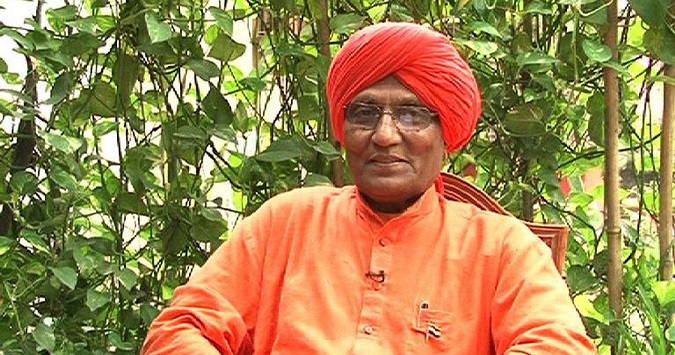 Thiruvananthapuram Jan 25: Social activist Swami Agnivesh has written to Pope Francis against the transfer of four nuns who had taken part in a protest in Kochi, demanding the arrest of rape-accused Bishop Franco Mulakkal.

He said it was with much expectation and confidence in the Pope’s ‘robust sense of justice’ that he was addressing the letter on the harassment which the sisters of Missionaries of Jesus order in Kerala were being subjected to for the stand they took in solidarity with a fellow nun, who went through harrowing experiences at the hands of bishop Franco Mulakkal.

A copy of the letter was released to PTI here.

The four nuns– Sister Alphy Pallasseril, Sister Anupama Kelamangalathuveliyil, Sister Josephine Villoonnickal and Sister Ancitta Urumbil were issued transfer orders by the Mother Superior and this act, which reeks of vindictiveness, was “prima facie, punitive in nature and uncharitable”, he said.

“The people of India respect these nuns for the bold stand they took in serving as a voice in the wilderness, crying for justice for the oppressed victim.

I am sure you will agree that it is basic to their devotion to Jesus Christ, who came to uphold Gods justice on earth”.

Agnivesh said it was shocking that the diocese and its religious orders concerned have gone easy on the alleged rapist and was targeting those who stood and struggled for justice for the victim.

The fact that the Roman Catholic Church in India did  not respond pro-actively in the matter of the sexual exploitation of a nun has already caused extensive damage to the church’s image in India, he said and urged the Pope to intervene in the matter and defend the nuns from being harrassed.

Keralites, irrespective of their religious identities, rallied round these nuns and stood in solidarity with them throughout their struggle for justice.

There is widespread anger at the injustice being done to them, swami Agnivesh said.

The swami said he would be in Kerala later this month and hoped to visit the nuns in person to express solidarity with them.

The four nuns had also written to Chief Minister Pinarayi Vijayan,seeking his intervention to ensure that their transfer orders were not effected till the trial of the case was over.

Meanwhile, another Nun, Lucy Kalapura, who had also taken part in the protest against Franco, Wednesday was served a second notice by the Franciscan Clarist Congregation seeking her explanation by February 6.