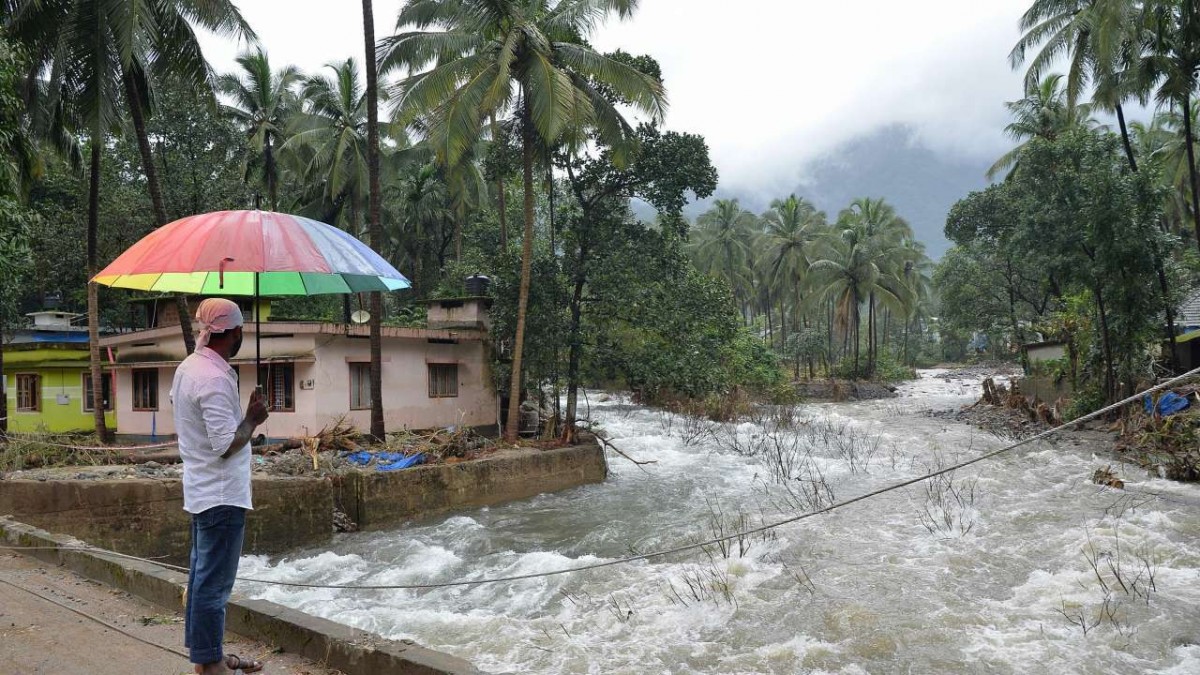 KOCHI Oct 4: A red alert has been declared in three districts of Kerala for extremely heavy rain on Sunday by the Met department.

The three districts – Idukki, Thrissur and Palakkad – are located on the northern and central part of the state.

The red alert comes after the Met department issued a warning about a low-pressure area in the Arabian Sea, close to the Sri Lankan coast.

“This is likely to develop into a cyclonic storm and a warning has been issued on the same. The predicted trajectory will be along the coast of Lakshadweep,” Kerala Chief Minister Pinarayi Vijayan said.

The chief minister said that fishermen have been advised to reach safer coast by Friday.

The chief minister said the district administration has been directed to take necessary action to handle the crisis.

“Tourists have been advised not to travel to hilly regions, especially to Munnar to see the Neelakurinji,” he added.

Kerala, was in August, hit by its worst floods in a century. According to the government’s figures, 443 people died while 54.11 lakh people in 14 districts of the state were severely affected.