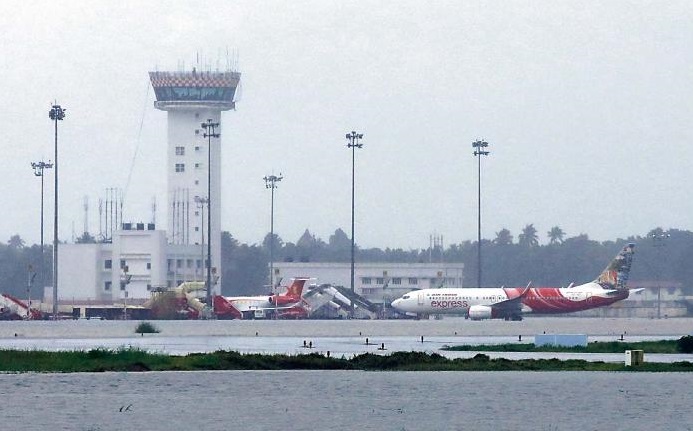 KOCHI Dec 13: Kerala government would soon implement a project to prevent flooding of the Kochi airport and nearby areas as witnessed during the August flood, Chief Minister Pinarayi Vijayan said Wednesday.

The airport, one of the busiest in the country, was rendered non-functional for two weeks from August 14 due to the unprecedented flooding triggered by torrential rains.

While making it clear that the inundation of Kochi airport area had nothing to do with the airport construction, Mr Vijayan said the government would soon implement a project to prevent recurrence of such flooding.

“The project is designed based on the studies jointly carried out by the state Irrigation department and Kitco, a premier technical consultancy firm.

Dutch Engineering experts too were consulted before giving shape to the plan of action which the government will implement on a war-footing,” the chief minister said, inaugurating the renovated heritage terminal of the Cochin International Airport Ltd (CIAL).

Earlier, there were charges from certain quarters that the region was flooded due to construction of the airport, Mr Vijayan said.

“It’s not true. All low-lying areas in the district got inundated, and not just the airport region, after the water level in Periyar rose suddenly following intermittent rains. The whole of the state was affected by the floods,” the chief minister added.