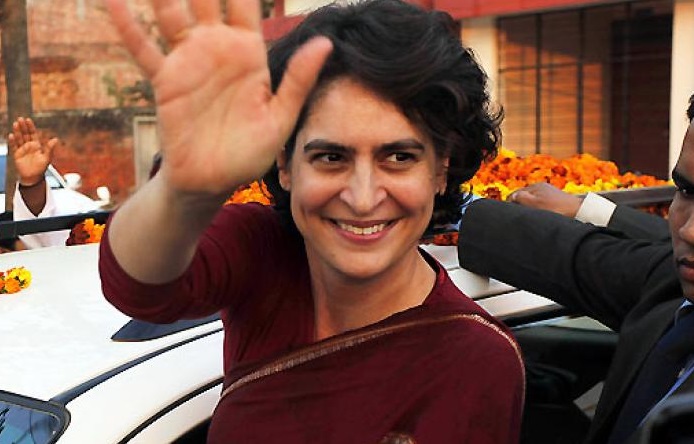 NEW DELHI Jan 24: A plunge into electoral politics may not be far behind for Priyanka Gandhi Vadra, who will soon join active politics as the Congress general secretary for eastern Uttar Pradesh.

Congress sources said the younger Gandhi could contest from Raebareli, her mother’s constituency, which she has been nurturing for years.

No one in the party, though, is willing to go on record on when or if she might contest the Lok Sabha elections, which are due by May.

Asked whether she would contest the national election next, even Rahul Gandhi was non-committal. “It is up to Priyanka if she wants to,” the Congress chief said.

Priyanka Gandhi’s entry into politics has been long awaited by many in the party. Given her charisma, mass connect and striking resemblance to grandmother and former Prime Minister Indira Gandhi, many had expected her to take the plunge far earlier.

But despite a buzz ahead of every election, the 47-year-old mother of two had confined herself to campaigning in Amethi and Raebareli – the constituencies of her brother and mother.

She, however, was active behind the screens and had been party to all the big decisions in the Congress, including the recent choice of Chief Ministers in the heartland states of Rajasthan, Uttar Pradesh and Chhattisgarh — a tricky issue due to the presence of multiple contenders.

She was involved when the Congress tied up with Akhilesh Yadav for the 2017 assembly election in Uttar Pradesh and was part of the meet where Rahul Gandhi was named party president.

Underscoring her backroom role, senior Congress leader Sachin Pilot said, “For a long time, workers wanted her to have an official position… the decision to join active politics was a personal one and we all respected that decision”.

Today, Priyanka Gandhi’s husband Robert Vadra was one of the first to welcome her decision to join politics. In a Facebook post, he said, “Congratulations P… always by your side in every phase of your life. Give it your best.”