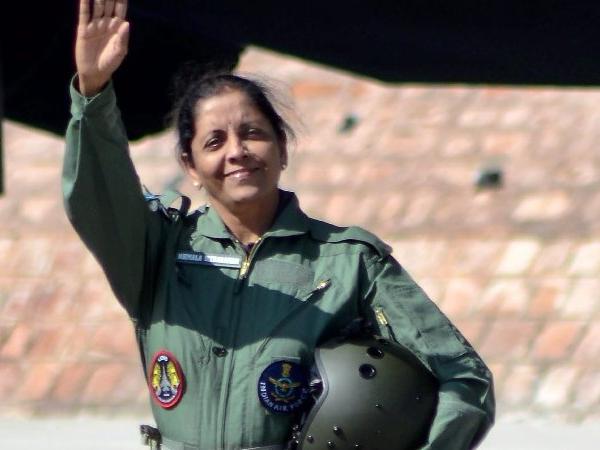 London June 26: Finance Minister Nirmala Sitharaman is among the 100 most influential women driving the UK-India relationship forward alongside one of Britain’s senior-most Cabinet ministers Penny Mordaunt.
The ”100 Most Influential in UK-India Relations: Celebrating Women” list was launched by UK Home Secretary Sajid Javid to mark India Day in the Houses of Parliament in London on Monday.

It credited Ms Sitharaman, also the Minister of Corporate Affairs, as one of India’s most “powerful women” who plays a “pivotal” role in the bilateral relationship – as India’s former defence minister and now finance minister.

“Having studied at the London School of Economics (LSE) and worked in the UK in her previous career, Nirmala is familiar with the UK more so than probably all her other colleagues,” notes the power list, released by UK-based media house India Inc.

Penny Mordaunt, Britain’s Secretary of State for Defence, is the other senior politician in the list who is credited as the first woman to be assigned the role in the UK Cabinet.

“With India emerging as the world’s largest importer of defence products, and a significant strategic partner for the UK, Penny plays a crucial role in the UK-India relationship,” her citation notes.

Ruchi Ghanashyam, the Indian High Commissioner to the UK, who is herself honoured in the list, welcomed the compilation as a recognition of the “front and centre role” played by women in the bilateral relationship.

“This list highlights the huge potential for the future of the UK and India as they continue to forge on together as two great countries. From business to politics, and art and literacy, women are continuing to pave the way in bringing together this bold partnership through collaboration and relationships,” she said.

The women in the list, now in its third year, hold positions of influence in India and the UK across 11 broad sectors including politics, technology and sustainability.

The launch of the list also marked the start of UK-India Week in Britain, which will include a series of sessions on trade and investment and closer cooperation between the UK and India through the course of the week.