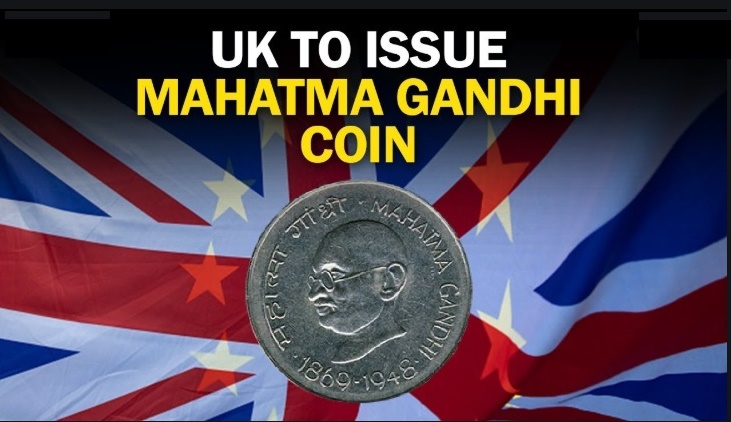 LONDON Aug 3: UK Chancellor of the Exchequer Rishi Sunak on Sunday backed a campaign for influential ethnic minority figures to be featured on a set of UK coins to celebrate Britain’s diversity.

Mahatma Gandhi is in the running as an influential Commonwealth figure, as the UK’s Royal Mint considers the plans as part of commemorating the 150th birth anniversary year of the Indian independence movement leader.

Others in the race also include Noor Inayat Khan, who was the first Indian-origin World War II spy for Britain, and Khudadad Khan, the first soldier of the British Indian Army to become the recipient of the prestigious Victoria Cross, the highest military award for gallantry in the face of the enemy given to British and Commonwealth forces.

“Yesterday [Saturday] I wrote to the Royal Mint urging them to consider how to celebrate the achievements of BAME [black, Asian and minority ethnic] individuals on UK coinage,” said Sunak in a statement issued on social media on Sunday.

The move follows a letter to the Indian-origin finance minister from the “We Too Built Britain” campaign calling for a set of coins entitled “Service to the Nation”.

In response to the campaign, led by Indian-origin Conservative Party candidate Zehra Zaidi, Sunak issued a letter to the chair of the Royal Mint Advisory Committee (RMAC), Lord William Waldegrave, to task the Sub-Committee on Themes to consider recognising BAME contributions on the nation’s coinage.

“Black, Asian and other ethnic minority communities have made a profound contribution to the shared history of the United Kingdom,” reads Sunak’s letter to Lord Waldegrave.

“For generations, ethnic minority groups have fought and died for this country we have built together; taught our children, nursed the sick, cared for the elderly; and through their enterprising spirit have started some of our most exciting and dynamic businesses, creating jobs and driving growth,” it reads. – PTI