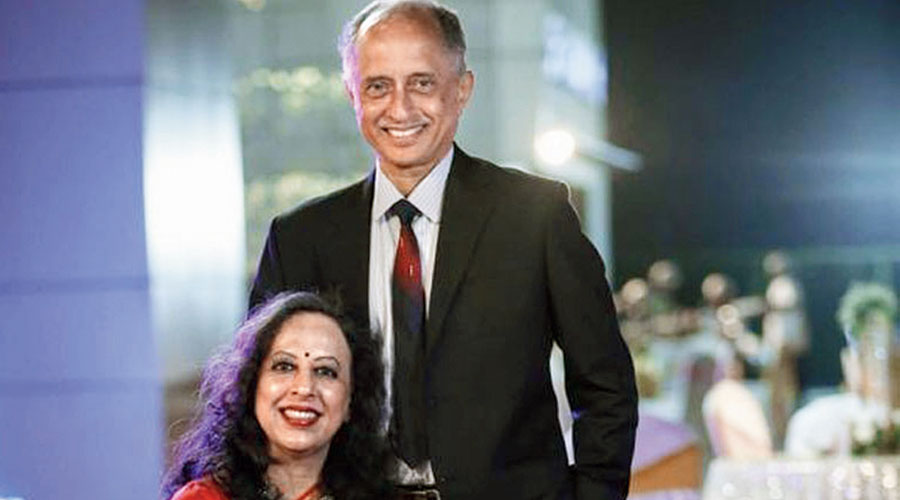 NEW DELHI Aug 8: The pilots of the Air India Express plane that skidded off the runway and broke into two at Kerala’s Kozhikode were among the 18 who lost their lives on Friday evening. They were Wing Commander Deepak Vasant Sathe and Captain Akhilesh Kumar.

Wing Commander Deepak V Sathe was a decorated former fighter pilot with the Indian Air Force who flew planes for Air India before he went on to Air India Express flights. An alumnus of the National Defence Academy, he was described as very experienced in flying Boeing 737 planes.

Captain Akhilesh Kumar, his co-pilot, had been married last year. “He was a very humble, polite and well-behaved person. His wife is expecting to deliver their child in the next 15 to 17 days. He joined the Air India in 2017 and had come home last before the lockdown,” his cousin Basudev was quoted as saying by news agency ANI.

The flight was part of the Vande Bharat programme that has been bringing back Indians from abroad amid the coronavirus pandemic. The runway was slick with very heavy rainfall when the aircraft landed at 7.41 PM.

According to flight-tracking website FlightRadar24, the aircraft circled the airport several times and made two attempts to land on the tabletop runway, surrounded by deep gorges on both sides.

“It’s hard to believe that Dipak Sathe, my friend more than my cousin, is no more. He was pilot of Air India Express carrying passengers from Dubai in ‘Vande Bharat Mission’, which skidded off the runway at Kozhikode International Airport yesterday night.

What is learnt is as follows:
Landing gears didn’t work.
Ex IAF pilot made three rounds of airport to empty the fuel which saved plane from catching fire. That’s why there was no smoke seen coming from the crashed aircraft.
He turned off the engine right before the crash.
He belly landed after the 3rd iteration.
The right wing was ruptured.
The Pilot martyred but saved life of 180 co-passengers.

Dipak was an experienced aerial operator with 36 years of flying experience. A passout of NDA, topper in the 58th course and an awardee of ‘Sword of Honour’, Dipak served Indian Air Force for 21 years before joining as a Commercial Pilot with Air India in 2005.

He called me just a week before and was jovial, as always. When I asked him about the ‘Vande Bharat’ Mission, he was proud of bringing back our countrymen from Arab countries. I asked him,”Dipak, do you carry empty Aircraft since those countries are not allowing entry of passengers?” He had replied,” Oh, No. We carry fruits, vegetables, medicines etc to these countries and never the aircraft flies to these countries empty.” That was my last conversation with him.

He survived in air crash in early nineties when he was in Airforce. He was hospitalised for 6 months for multiple skull injuries and nobody thought that he will fly again. But his strong will power and love for flying made him clear the test again. It was a miracle.

He leaves behind his wife and two sons, both pass outs of IIT Mumbai. He is a son of Colonel Vasant Sathe who stays in Nagpur along with his wife. His brother, Capt Vikas, was also an Armyman who laid his life while serving in Jammu region.

A soldier lays his life to save the lives of his countrymen.
It reminds me of a poem by a soldier :

Put my medals on my chest,
Tell my Mom I did the best

Tell my Dad not to bow,
He won’t get tension from me now,

Tell my brother to study perfectly,
Keys of my bike will be his permanently

Tell my Sis not to be upset,
Her Bro will not rise after this sunset

And tell my love not to cry,
“Because I am a soldier Born to Die….”