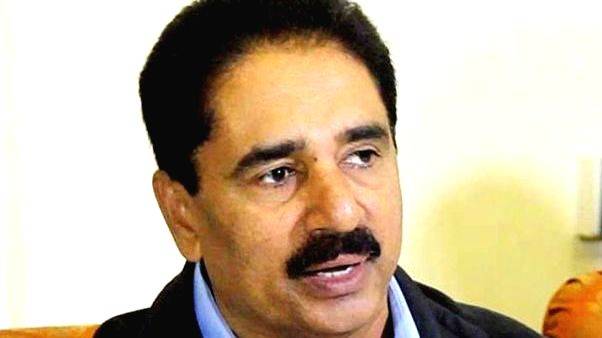 Premachandran won the award for his contribution for strengthening the parliamentary democracy, intervention in social issues, participation in discussions held in LS, questions prioritizing public interests, bringing in private bills for upholding democratic values, development works in their constituencies and others were considered by the selection panel.

As many as 11 Parliamentarians from various political parties, were honoured for their outstanding performance in the 16th Lok Sabha by Tamil Nadu Governor Banwarilal Purohit at a function here Saturday.

Parliamentarians of various parties were present at the 10th edition of Sansad Ratna Awards ceremony organised by city-based Prime Point Foundation to honour them for initiating debates, raising questions and attendance among others.

Former union minister and chairman of standing committee on finance, M Veerappa Moily and his team were selected for outstanding performance among the Parliamentary Standing Committees.

The youngest Parliamentarian, 31-year old Heena Vijaykumar Gavit of BJP, who raised 1,059 questions in the Lok Sabha and holds an attendance of 82 per cent was selected for her outstanding performance.

Speaking after presenting the awards, Purohit urged the MPs to make use of technology for the welfare of the people in their respective constituencies.

Noting that social media cannot be downplayed as it had greater reach among the youth and urban population, he said, “most of the members are making use of the social media to their advantage.

Yet again, I urge them to use this platform for the betterment of their constituencies.” Holding that government plays a vital role in preparing legislations, he said, “yet the role played by the members of Parliament is also important.” “Right from the time of our independence, innumerable legislations have been passed.

Some of our important legislations have been initiated by private members also. One can recall the Lokpal bill, the Freedom of Information Bill…,” he added.