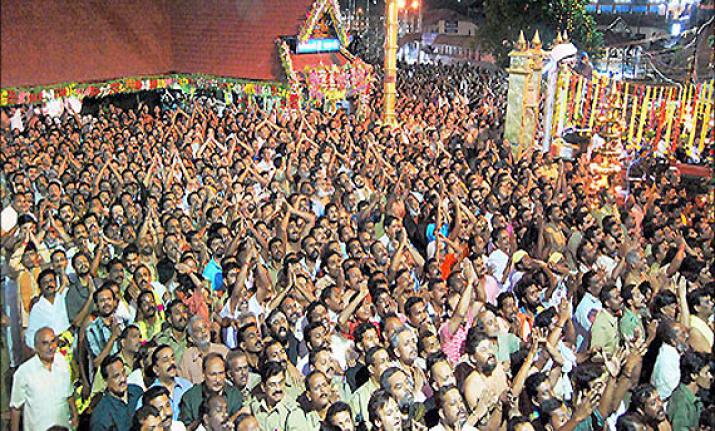 NEW DELHI July 19: The Supreme Court has posed a controversial question on Wednesday: Why the temple administration is denying entry only for women in Sabarimala?

It is said that if it is a public place of worship, all should be able to enter the temple. “If any group faces any kind of ban there, it will turn out to anti-Constitutional,” the division bench headed by Chief Justice Deepal Mishra observed.

Meanwhile, the government counsel submitted that the stand of the government is woman of all age groups should be allowed entry in the Sabarimala temple.

But the court slammed the government, asking it why it changed its stand now and then. “This is the fourth time that you are changing your stand. As per the constitution, both woman and man has equal constitutional rights.

Anything that violates this can be seen only as anti-constitutional. In the case of worship, both man and woman have equal right. The temple is a public property and there is nothing like private temple,” Deepak Mishra said.

Meanwhile, the organisation called Happy To Bleed submitted in the court that what is demanded is only the right to worship and not the right to perform pujas. “Discriminating women in the name of menstruation should be considered as untouchability,” its representative Indira Jay Singh said.