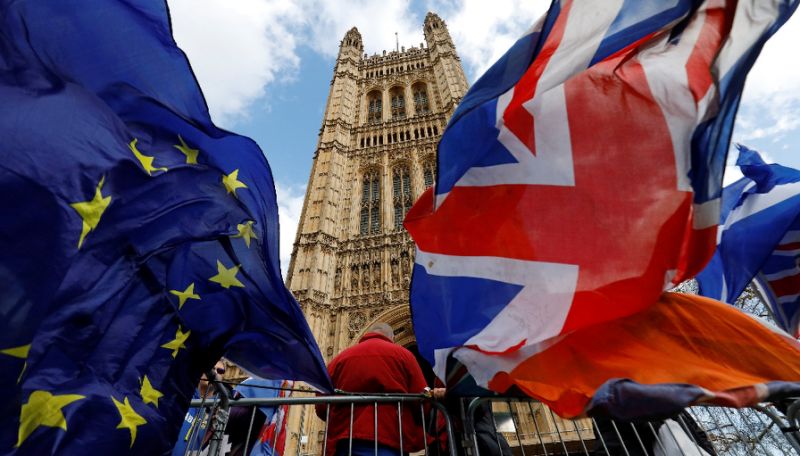 LONDON March 22: Hundreds of thousands of Brexit protesters are set to descend on Parliament just six days before Britain is supposed to leave the European Union. An estimated 700,000 people marched on central London back in October, and similar scenes are expected on Saturday.

Organisers of the ‘Put It To The People’ rally are calling for a fresh referendum on Brexit to resolve the deadlock that has gripped Parliament, and caused Theresa May to ask the EU for an extension.

‘On the 23rd of March, just six days before the Government hopes to take Britain out of the EU, hundreds of thousands of people will march on Parliament offering a solution to a crisis that threatens their living standards, businesses and jobs,’ the organisers wrote.

The march will start in Park Lane and end up in Parliament Square with high-profile MPs including Sir Vince Cable, Anna Soubry, David Lammy and Caroline Lucas expected to attend.

The protest follows a disastrous attempt to leave the EU in an orderly fashion with politicians failing to agree on a route out.

On Wednesday evening, the Prime Minister announced she had written to the EU to formally ask for Brexit to be postponed until the end of June while also making a desperate plea to MPs to get her deal across the line.

In a speech outside 10 Downing Street, she blamed MPs for failing to implement the result of the 2016 EU referendum and told frustrated voters ‘I am on your side’.

With a few days left until the big protest, a petition calling for Brexit to be cancelled and Article 50 revoked suddenly rose overnight.

It has now been signed by more than half a million people, meaning Parliament must consider debating it in the Commons.

speech at Downing Street. Another 200,000 signatures were added in the eight hours after midnight.

This morning the petition website went down briefly because of the amount of people signing on.