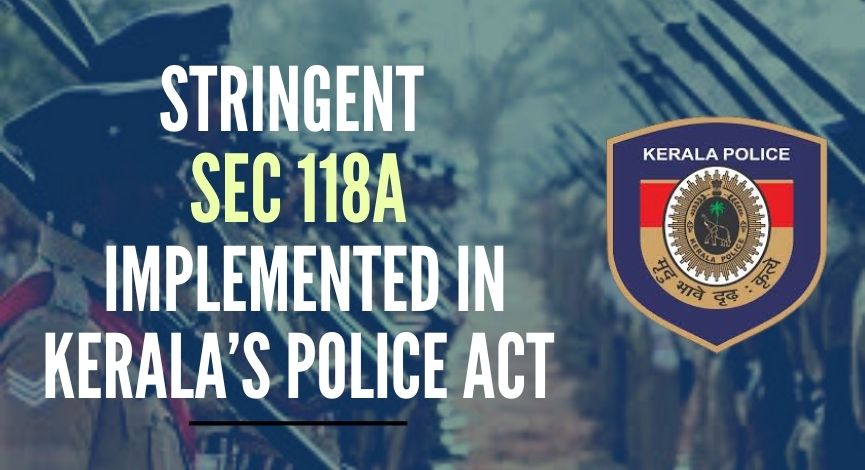 THIRUVANANTHAPURAM November 22: A controversial move in Kerala to enable arrests for content or social media posts deemed “offensive” has been put on hold after a severe backlash. Chief Minister Pinarayi Vijayan said today that the amendment to the Kerala Police Act “will not be implemented”.

“With the announcement of the amendment, different views arose from different quarters. Concerns were expressed by those who supported LDF and those who stood for protection of democracy. In this situation, it’s not intended to amend the law,” Pinarayi Vijayan said.

He added: “Detailed discussions will be held in the assembly and further steps will be taken in this regard after hearing the views of all parties.”

There has been massive criticism of the Kerala government’s move, which the opposition had said could be used to suppress free speech, silence critics and target the media.

Former Union Minister P Chidambaram on Sunday expressed shock over the signing of the Kerala Police Act Amendment ordinance, which the Congress-led opposition says is aimed at “muzzling” media.

“Shocked by the law made by the Left Democratic Front (LDF) government of Kerala making a so-called ‘offensive’ post on social media punishable by 5 years in prison,” Chidambaram tweeted.

Meanwhile, BJP state President K Surendran on Sunday said that the decision of the Pinarayi Vijayan government to add 118 (A) amendment in the Kerala Police Act is an attempt to curb the freedom of expression of the people.

Addressing a press conference here, he alleged that there was an “undeclared state of emergency” in the state.

“When the Supreme Court took a stand against such a law in 2015, Chief Minister Pinarayi Vijayan praised it and made it a political campaign. The same Pinarayi is trying to control social media and mainstream media by bringing this draconian act,” he said.

BJP Kerala leadership alleged that it is a covert move to thwart even political opposition.

He also said the government, which does not even use the existing law to prevent violence against women, is adopting a planned policy to deal with opponents during elections.

Under the law, posting, publishing or circulating defamatory content on social media can lead to jail upto five years and fine up to Rs 10,000.

Under the latest ordinance, posting, publishing or circulating defamatory content on social media can lead to jail upto five years and fine up to Rs 10,000.

Senior Congress leader further expressed shock on state government’s decision to give a nod to the Vigilance to initiate a probe against Congress leaders including Ramesh Chennithala.

Reacting to the state government’s decision, Chidambaram said, “Also shocked by the attempt to implicate Mr Ramesh Chennithala, LOP, in a case where the investigation agency had filed a closure report four times. How will my friend @SitaramYechury, GS, CPI(M), defend these atrocious decisions?”