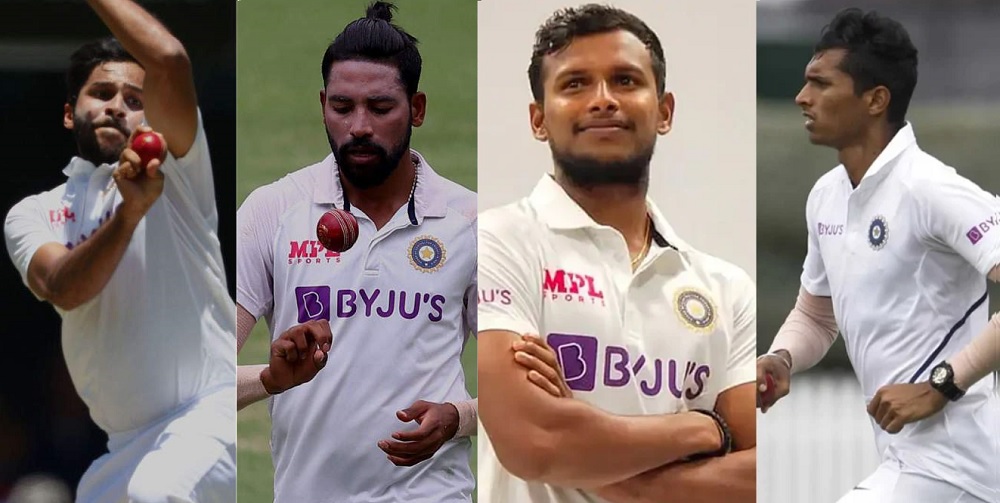 BRISBANE Jan 19: The Australian media on Tuesday hailed India”s stupendous Test series win here, terming it as one of the finest come-from-behind victories, with the Adelaide debacle culminating into “Indian summer” at the Gabba.

An injury-ravaged India beat Australia by three wickets in the series-deciding fourth Test here, a month after the Adelaide debacle where the visitors scored their lowest Test score of 36.

”The Australian” newspaper said India has performed a miracle by storming fortress Gabba, alluding to the home side”s unbeaten record at the venue since 1988.

“A ragged, embattled and depleted group has embarrassed a full strength Australia,” it said.

“If you”re in a state of shock, don”t worry, you”re not alone… But India did just win the Border-Gavaskar series in the nation”s greatest Test victory of all time,” foxsports.com.au said in a write-up.

“India”s ability to bounce back from its most humiliating moment in Test cricket (in Adelaide) to its finest in the space of a month should be celebrated tonight, tomorrow, and for as long as our memories allow us,” it added.

“India”s most gruelling overseas Test tour was crowned with perhaps their most famous Test win as they overcame unimaginable odds and a more-fancied opponent in a win for the ages at the Gabba,” the article said.

It was India”s first Test victory at the Gabba in their seventh visit since 1947-48, and the first time Australia were beaten at what was flagged as their ”fortress” since 1988.

“Paine”s Sydney sledge backfired spectacularly on Tuesday as Rishabh Pant channelled Ben Stokes to career India to an incredible three-wicket victory in a classic fourth Test, tearing down the Gabba fortress after 33 years of Australian invincibility,” the newspaper said.

“Wow. WOW. For the first time in more than three decades, Australia are beaten at the Gabba,” 7Cricket tweeted.

“Which means, against ALL odds, India win the series 2-1! Unbelievable scenes.”

”Daily Telegraph” was scathing in its attack of the Australian team in a write-up headlined ”No excuses, no answers: Australia”s ugly knockout blow”.

“The sobering reality for Australia at the end of an epic Test series is their best squad threw their best punch – and they got knocked cold by an Indian team forced to rely on net bowlers.”

From humble beginnings to top of the world

India overcame the odds to emerge victorious against Australia in Brisbane on Tuesday to seal a 2-1 series win. With several first team players ruled out with injury, the series saw several youngsters and newcomers make their Test debuts.

India’s bowling attack in the fourth Test at the Gabba was led by Mohammed Siraj, who had played all of two Tests leading up to the match, having made his debut in Melbourne the previous match. Navdeep Saini debuted in Sydney and had the single game to his name.

Shardul Thakur had played one Test in 2018, but had only bowled 10 deliveries in that match before picking up an injury. T Natarajan and Washington Sundar were making their debuts in the series-decider.

For all these players, the series saw dreams come true and years of hard work finally pay off.

It also saw them overcome extreme hardships to finally make their mark at the very top of the sport they play.

Mohammed Siraj’s father was a rickshaw driver, and India’s new new-ball bowler faced struggle from early on in his life.

Days before the Test series, Siraj’s father died. But due to the coronavirus-enforced quarantine regulations, he could not return to India, instead choosing to stay on in Australia and live his late father’s dream of playing Test cricket for the country.

T Natarajan’s father was a daily-wage labourer and his mother sells chicken on the roadside – something she refused to give up despite Natarajan’s best efforts to convince her. But the yorker specialist chipped away in the local circles before finally rising to prominence in the last season of the Indian Premier League and then getting a dream call-up to the national side.

Navdeep Saini was born to a government driver in Haryana, but he moved to Delhi to get a chance. There was controversy over his selection for Delhi, but he finished as their highest wicket-taker in 2018.

Shardul Thakur travelled nearly 90 km every day from Palghar to Mumbai to play cricket and also battled a weight problem to push his way to the top.

Most of these players were not expected to make the playing XI, but forced into the deep end, they drew from their struggles to help the team win one of the most historic series ever.