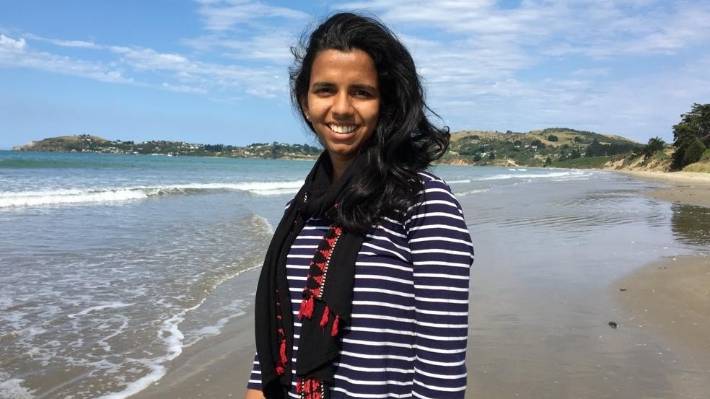 CHRISTCHURCH March 21: Ansi Alibava, 25, from Kerala in India, who was killed as she crawled on the footpath outside the Al Noor Mosque pleading for help was running back to the scene to check on her husband when she was shot, NZ Stuff reported.

Ansi initially escaped the mosque with a group of women and children. However, she went back for her husband and was shot as she walked past the fence. The alleged gunman then ran out to Deans Ave, and shot her as she crawled on the ground pleading for help.

Her husband, Abdul Nazer said that the couple arrived about 12pm for the preliminary prayer before the main prayer was due to start. Just as the main prayer was beginning Nazer  who was near the emergency exit, heard what sounded like a balloon popping. Seconds later he realised it was gunfire.

Nazer managed to escape the mosque, jumping over a fence of a nearby property. A resident was initially reluctant to let him inside fearing he was a terrorist.

With blood all over his hands Hamsa told the man he had no weapons and was let inside the home to call police. About 10 minutes later Hamsa decided he needed to go and look for his wife.

“He walked out and then he could see a child and a mum lying on the street and then his wife next to them so he went to wake her up and she was not responding, all he could see was a pool of blood.

“One of the guys standing there said ‘who’s that’? And he said ‘it’s my wife’, and then [the other man] said she’s dead.”

Hamsa sat beside his wife for about a minute before police arrived and told Hamsa it was not safe and he needed to leave.

“He thought she might have some injuries, but the moment the other person said she was dead he was completely blank and he was not sure what he was doing.”

Hamsa was struggling to sleep in the days after the terror attack and was now taking sleeping pills. He does not want to go back to his home and is sleeping on a mattress on the floor in one of George’s rooms.

Hamsa and Alibava married two and a half years ago in their hometown of Kerala. Coming to New Zealand to study was “one of her biggest dreams”, George said.

Nazer is now waiting for news from police as to when he could see Alibava while also trying to get permanent residency as his wife was the primary applicant on their visa.

“We’re talking to Immigration to see if we can get him to stay here and get along with their dreams and look after her family and his family.”