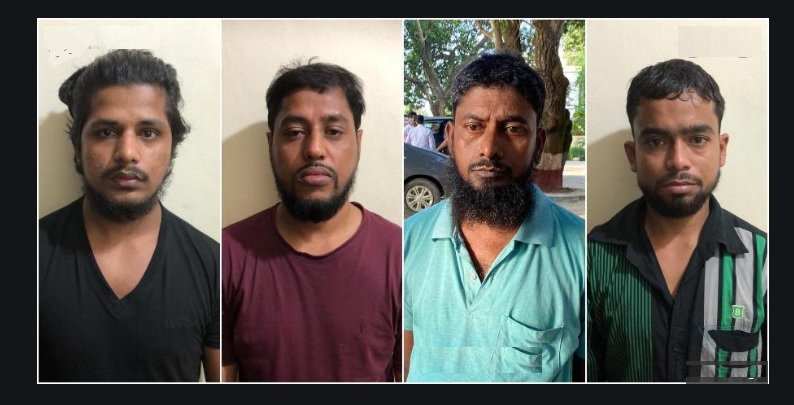 The NIA conducted simultaneous raids at multiple locations in Ernakulam and Murshidabad early morning today in which nine arrests were made, six from West Bengal and three from Kerala, according to the probe agency. 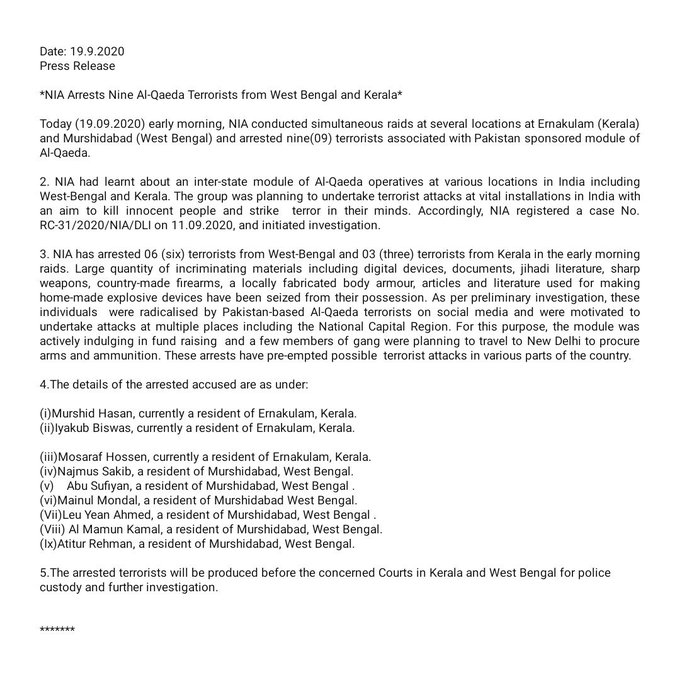 The NIA had received inputs about an inter-state module of Al-Qaeda operatives at various locations in the country who were planning to undertake terrorist attacks at vital places with the aim to kill innocent people and create terror.

Based on these inputs, the NIA had registered a case on September 11, 2020, and initiated investigations.

According to the agency, preliminary investigations have revealed that they were radicalised by Pakistan-based Al-Qaeda terrorists on social media and were motivated to undertake attacks at multiple places including the National Capital Region.

The module was actively indulging in fundraising and a few members of the gang were planning to travel to New Delhi to procure arms and ammunition. These arrests have pre-empted possible terrorist attacks in various parts of the country.

The agency said that the arrested terrorists will be produced before the concerned courts in Kerala and West Bengal for police custody.