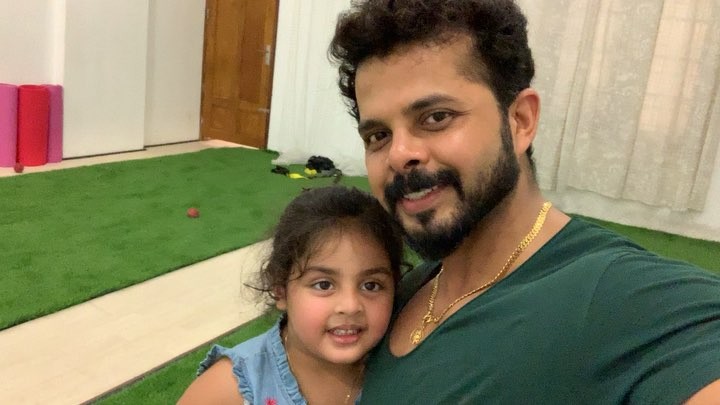 MUMBAI March 28: Sreesanth has been subjected to a lot of controversies after he was accused in the IPL 2013 spot-fixing scandal. However, he had been given a clean chit from the Kerala High Court long back, but it was on March 2019, when Supreme Court directed BCCI to lift the lifetime ban imposed on him.

On March 27, 2019, Sreesanth took to his Instagram handle to share the first day of practice video with his fans.

In the video, Sreesanth can be seen with his daughter, Sanvika greeting his fans, and captioned it as, “First day of practice with my lovely angel @sreesaanvikaofficial #moment #godsgrace #blessed.” Check it out below:

Sreesanth has waited for this day for 5 long years after he was subjected to a lot of public hate and rumours. However, the one person that stood like a rock in all his hard times is his wife, Bhuvneshwari.

The couple married each other on December 12, 2013, at Guruvayur Sri Krishna Temple in Kerala.