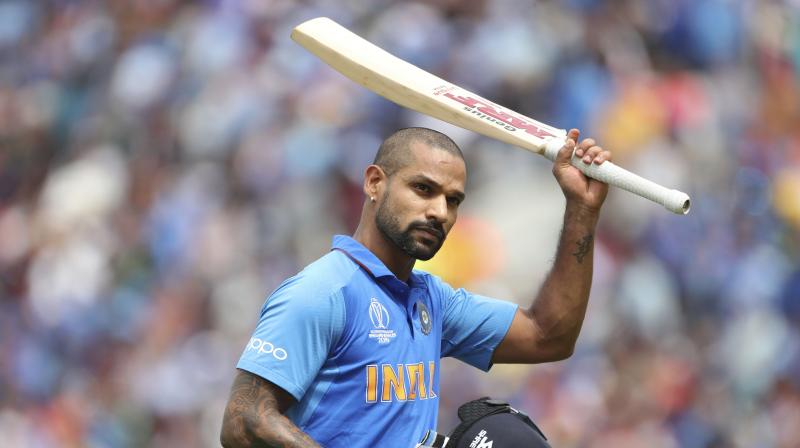 LONDON June 13: Batting coach Sanjay Bangar confirmed that India will miss opener Shikhar Dhawan for the next three to four matches of the Cricket World Cup as India prepared to play New Zealand in Nottingham. India are ranked Number 1 and New zealand and ranked…

KL Rahul was named in India’s World Cup 2019 squad to solve their No.4 spot conundrum and as a back-up opener.

KL Rahul stepped in to bat at No.4 in India’s initial World Cup 2019 matches but now with opener Shikhar Dhawan out with an injury, Rahul will be promoted to bat at the top of the order in the forthcoming matches, confirmed team’s assistant coach Sanjay Bangar.

However, the decision to open with KL Rahul leaves the No.4 spot up for grabs and Sanjay Bangar said there were various options the team could utilise going into the next game against New Zealand.

“We do not want to rule out a precious player like Shikhar. As far as batting order goes, KL (Rahul) moves top of the order and there are various options the team can utilise going into the next game,” Bangar said ahead of Thursday’s match against New Zealand at Trent Bridge.

Dhawan made 117, putting on 127 for the opening wicket with Rohit Sharma to set up India’s second straight win against defending champions Australia.

Bangar said India would miss Dhawan but the team had enough strength in depth to maintain their momentum in the round-robin tournament.

“Shikhar will definitely be missed in the next three to four games but we have great back-up for each position,” Bangar said. “With that we should be able to make it up.”

The team management said Rishabh Pant would join the side in Manchester ahead of the match against arch-rivals Pakistan, which takes place on Sunday.