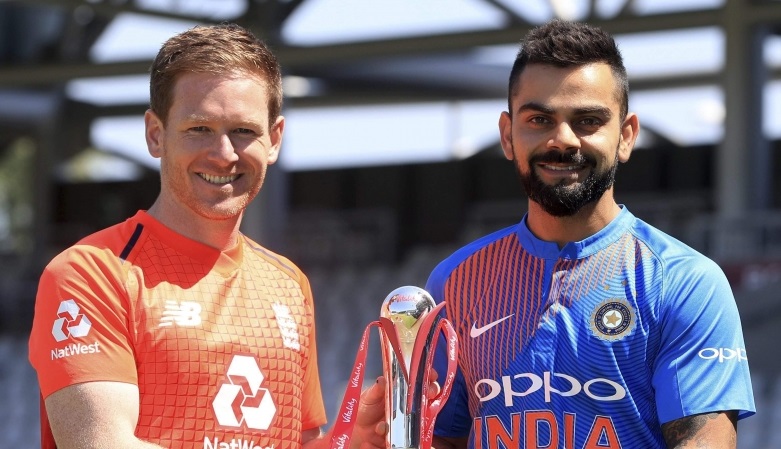 Dubai May 4: India and England managed to retain top spots in the Test and ODI team rankings respectively, following the annual update of the ICC rankings on Thursday.

England are the number one ranked ODI team with less than a month to go for the 2019 World Cup, but India have managed to narrow the gap to just two points.

India’s lead over second-placed New Zealand in the Test rankings has narrowed from eight to two points.

India were on 116 points and New Zealand on 108 before the update but Virat Kohli-led side’s 3-0 win over South Africa and 2-1 win in Sri Lanka being purged as part of the 2015-16 season sees them losing three points while New Zealand’s two 2-0 defeats to Australia being removed sees them gain three points.

In the only change of positions on the table, England have overtaken Australia to fourth position and are on 105 points. Australia are on 98 points after dropping six points as they had won four of the five series in 2015-16, no more part of the calculations.

In another significant movement, the gap between seventh-placed Pakistan and eighth-placed West Indies has trimmed from 11 to two points.

In the ODI rankings, England have retained the top spot, but to go into the World Cup as the top-ranked side, they will need to beat Ireland in an upcoming one-off ODI and then beat Pakistan 3-2 or better in a home series, or lose to Ireland but then beat Pakistan 4-1 or better.

South Africa have overtaken New Zealand into third position while another change in positions sees the West Indies moving ahead of Sri Lanka to seventh place.

No team has dropped out of the top 10, thus ensuring that the World Cup will see the 10 top-ranked sides in action.

Three of the four teams awarded ODI status at the end of the World Cricket League Division 2 will join the rankings once they have played the requisite eight qualifying matches.

However, Papua New Guinea has joined the rankings immediately having played several ODIs prior to April 2018.

The Netherlands, who already had ODI status, will need to play two more ODIs to achieve a ranking.