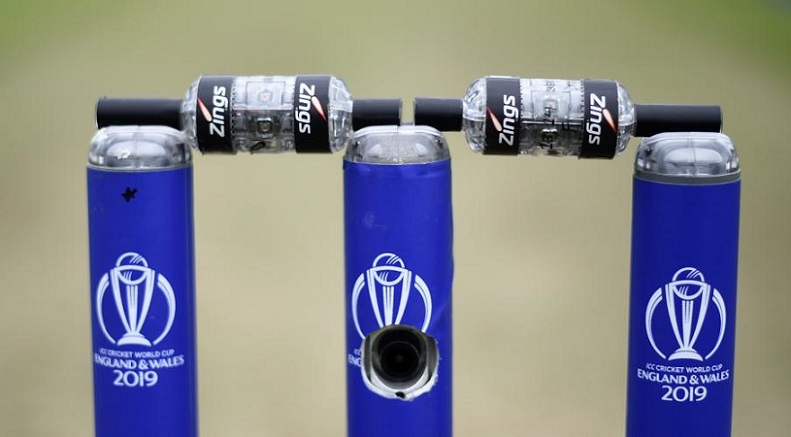 Australia’s David Warner avoided being bowled early in his side’s unsuccessful run-chase against India when he deflected Jasprit Bumrah’s delivery onto the wicket via his boot.

Not for the first time in this tournament, the ball struck the stumps but failed to dislodge the bails, meaning David Warner earned an unexpected reprieve.

It was the fifth incident in the tournament of the ‘zing’ bails, which contain lights that flash when the ball hits the wicket, failing to come off when hit.

But despite calls for a change to the bails from Kohli, Finch and former England captains Michael Vaughan and Nasser Hussain, tournament organisers have no plans to make a switch back to the traditional wooden style.

“We wouldn’t change anything mid-event as it would compromise the integrity of the event – the equipment is the same for all 10 teams across all 48 games,” the International Cricket Council, the sport’s’s global governing body, told Sky Sports in a statement on Tuesday.

“The stumps have not changed in the last four years. They have been used in all ICC events since the 2015 Men’s Cricket World Cup and in a range of domestic events.

“This means they’ve been used in more than 1000 games — this is a statistical anomaly.

“This issue has always been part of the game, with the accepted concept being that it requires some force to disturb a batsman’s ‘castle’.”